Expert: Putin is obsessed by the idea of Turkey`s withdrawal from  NATO 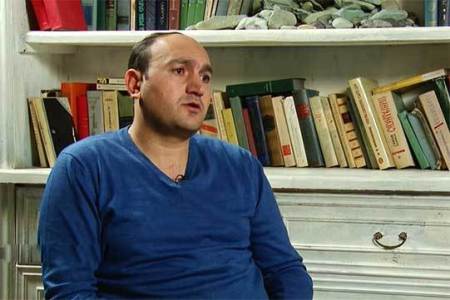 ArmInfo. Russian President  Vladimir Putin is obsessed by the idea of Turkey's withdrawal from  NATO. For this goal he is ready to provide his Turkish colleague  Erdogan even with nuclear weapons, Associate Expert of the Armenian  Institute of International and Security Affairs, Turkologist Hayk  Gabrielyan expressed a similar opinion to ArmInfo.

The other day,  Turkish President Recep Erdogan actually voiced a refusal to  recognize the ban imposed on Turkey to create nuclear weapons. In  particular, the Turkish president considered it illogical that his  country should not have missiles with nuclear warheads, while they  are in service with the armies of a number of countries.

"Turkey has been known for its nuclear appetites for a long time.  And, in my opinion, today it is moving towards its goal by its own  path, part of which is the construction of a nuclear power plant in  Akkuy. Given that this project is being implemented by Russia, there  are serious concerns about the possibility of providing Ankara with  nuclear technology ", he emphasized.

According to the expert, the Russian president seeks to initiate  split between NATO and Turkey, in exchange of which it may well  provide Erdogan with nuclear technology. In turn, the latter, having  received nuclear weapons, will no longer need NATO to the extent that  it needs today. According to him, Putin will be able to tear Turkey  from NATO solely in case of endowing this country with nuclear  weapons. According to the forecasts of the Turkologist, in any other  situation, Erdogan would not take such a step.  According to  Gabrielyan, a similar situation may well be the result of personal  relations between the presidents of Russia and Turkey, which play a  decisive role in the politics of the two countries. At the same time,  the interests of Putin and Russia, as well as the interests of  Erdogan and Turkey, do not always coincide. In this light, the  Turkish president is convinced of Putin's intentions to promote his  own preservation of power, at the same time, not having a similar  confidence in the intentions of the US Administration.