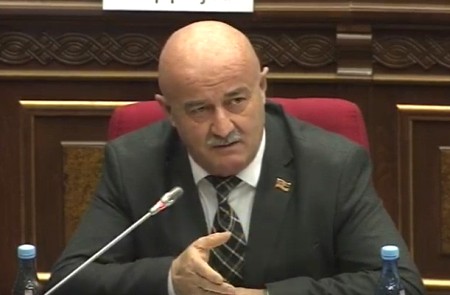 ArmInfo. Jermuk residents can  initiate and hold a referendum on no confidence in the government.  This opinion was expressed by Hovik Aghazaryan, MP from the "My Step"  faction, in an interview with journalists at the National Assembly of  Armenia.

<If there is any deviation in the operation of the Amulsar mine, the  residents of Jermuk and the general public will be able to initiate a  vote of no confidence in the authorities, hold a referendum, and  based on this take the following steps, in particular to hold early  elections. <My step>, in this case, will take the same position that  it has and teams will appear that clearly say that they will come to  power and close the mine, and then our people can make their choice>,  the MP from the ruling < Step> suggested.