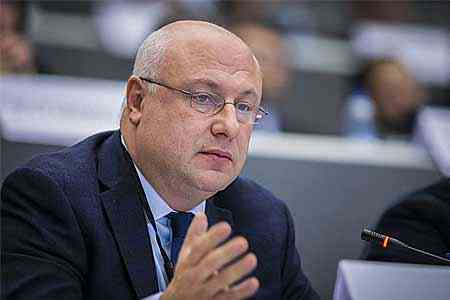 According to APA, the head of the OSCE PA also expressed his attitude  to the statement of the Prime Minister of Armenia Nikol Pashinyan. He  said in particular: "I believe that such statements, which are not  aimed at resolving the conflict and are far from contributing to the  negotiations between the countries, always traumatize the peace  process. We want to hear more constructive statements and are waiting  for concrete steps. We need to resolve the disagreements and find  common language. Unfortunately, such statements, leading to  divergences and harming the resolution of the conflict, are a problem  in this direction. Solving the conflict requires strong political  will. Settlement of the Nagorno-Karabakh conflict can only be  achieved within the international law. "

To note, Baku painfully responded to Pashinyan's statement made in  Stepanakert regarding the fact that "Artsakh is Armenia and that's  final". Baku at various levels issued a statement accusing Yerevan of  destructiveness and unwillingness to resolve the conflict, moreover,  undermining the negotiation process.