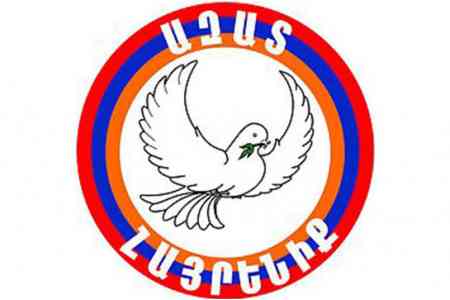 ArmInfo. In the elections to  local governments, the Free Homeland Party won a landslide victory.

Candidates nominated by the party won in 10 out of 12 cities of  Artsakh. In Hadrut and Stepanakert, the party did not nominate its  candidates. However, in Stepanakert, the party-supported independent  candidate David Sargsyan won with 7787 votes, and Grigori Sargsyan  won the second place with 4765 votes. The "Free Homeland" won in the  vast majority of rural communities. The relevant information is  available on the website of the Central Election Commission of the  Republic of Artsakh (NKR).  The newly elected mayor of Stepanakert,  David Sargsyan, is a businessman, the owner of . He is also the chairman of the Artsakh Kickboxing Federation.  It should be noted that in 228 communities of Artsakh elections were  heldto the local governments. A little over 67 thousand people or  65.6% took part in the elections.