IC denies: Chief investigator in Amulsar case is not dismissed 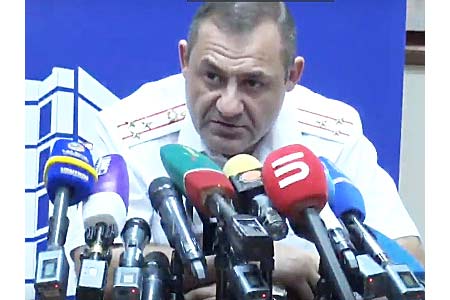 As regards other information circulated in the media about the  dismissal of the deputy head of the Investigative Committee, Samvel  Avetisyan, Harutyunyan refused to comment on this:  "The deputy chief  is appointed and dismissed by the Prime Minister, therefore, I cannot  comment on this information>. However, according to information  available to ArmInfo, Avetisyan also continues his duty in the IC.

Earlier, the media disseminated information about the release of  Ivanyan and Avetisyan in connection with the emergence of new  circumstances in the Amulsar case. It should be noted that the  Investigative Committee launched an official investigation in  connection with media publications that the chief investigator in the  Amulsar case, Yura Ivanyan, is a relative of the former Minister of  Nature Protection Aramayis Grigoryan, who in 2016 signed a positive  EIA opinion on the development of Amulsar mine.

It should be noted that the possible exploitation of the Amulsar mine  raised a wave of discontent among various segments of the public in  Armenia, especially among ecologists. In order to understand the  situation, the Armenian government ordered a new EIA for the Lebanese  company ELARD, and the IC ordered an investigation into this case.  However, after the conclusion of the IC and the new EIA were made  public, the RA government still had questions. In this regard, Prime  Minister Pashinyan instructed the Ministry of Ecology to give his  opinion on the new EIA, which has already been submitted to the head  of the Cabinet.