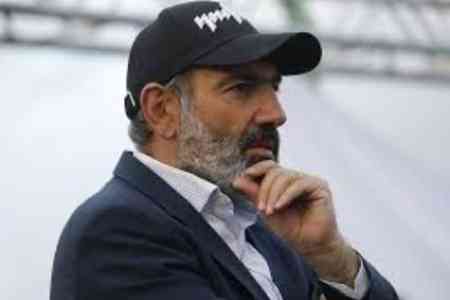 ArmInfo.On August 21, Prime Minister of Armenia Nikol Pashinyan held a regular meeting on the problems with the development of the Amulsar Gold Mine. The head of  the Armenian government wrote about this on his Facebook page.

According to him, the meeting was also attended by representatives of  the Lydian company, which is engaged in the development of the mine.  "I was interested in the possible stages of the project processes,  the methods of managing possible risks and the government's  leverage," wrote Nikol Pashinyan, adding that work on such an  important topic would continue.

A few minutes later, another Prime Minister's post appeared on  Facebook, stating that today the Government Staff sent  the ELARD company's conclusion to the Ministry of the Environment  with an order to find out if the report actually contains data that,  according to the legislation of Armenia, requires conducting a new  environmental impact assessment.

It should be noted that earlier Prime Minister Nikol Pashinyan  actually pave the way for the development of the Amulsar mine. During  a live broadcast on his Facebook page, the head of government stated  that the Armenian government will constantly monitor during the  development of the mine. He once again assured that if facts were  suddenly revealed that would cast doubt on the feasibility of  exploiting the mine, the Armenian government would be ready to  consider it, since it was not constrained by anything.

To recall, on August 14, the Investigative Committee of Armenia  presented an expert opinion on the Amulsar project of the consulting  Earthlink & Advanced Resources Development (ELARD) company.  Based on  the conclusion of the examination, the IC of Armenia stated that  there is no direct connection between the underground waters located  on the territory of the Amulsar project and the thermal hot springs  of Jermuk. There is also no connection with the waters of the Sevan  basin. Moreover, as indicated in the IC, during an earthquake, a  certain concentration of acid drainage can penetrate into the basin  of Lake Sevan through the Spandaryan and Ketchut reservoirs. However,  the combination of this concentration will be insignificant on the  scale of Lake Sevan. The third important conclusion, on the Arpa,  Vorotan and Darb rivers, can be mitigated if Lydian Armenia takes 16  environmental mitigation measures proposed by experts. As the head of  the IC Hayk Grigoryan pointed out, Lydian Armenia representatives  have already expressed their readiness to implement 15 of the  proposed 16 events: they are already carrying out 10 events, 5 will  be ready to conduct them in the near future.  Lydian Armenia is a  subsidiary of British Lydian International. The Amulsar project is  the largest industrial project in Armenia today for the development  of the Amulsar gold mine with a total value of $ 370 million.  In  August 2016, the start of the project involving the construction and  development of the deposit took place.