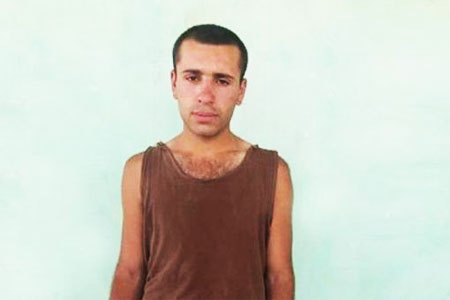 ArmInfo.On August 19, Minister of Foreign Affairs of the Republic of Artsakh (Nagorno Karabakh Republic) Masis Mayilian received the head of the  Stepanakert Office of the International Committee of the Red Cross  (ICRC) mission Pierre-Emmanuel Ducruet, the press service of NKR MFA  reports.

An exchange of views took place on the fate of serviceman of Artsakh  Republic Defense Army Arayik Ghazaryan, who had found himself on the  territory of Azerbaijan under still unclear circumstances. In this  context, the need for parties to the conflict to fulfill their  obligations on complying with international humanitarian law was  emphasized.

During the meeting, the sides also discussed a wide range of issues  of mutual interest.  The Foreign Minister noted the importance of  continuation of the current cooperation and reiterated the readiness  of Artsakh Foreign Ministry to do its utmost to assist to the  activities of the Red Cross.

It should be noted that the press service of the Artsakh Defense Army  distributed a message according to which on August 12, at about  12:00, on the defensive site of one of the military units of the  Autonomous Region,  soldier Arayik Ghazaryan (born in 2000) living   the combat dispositions.  Later, the Azerbaijani media reported with  reference to the military department of Azerbaijan that the soldier  is on the Azerbaijani side.

Armenian Minister of Defense David Tonoyan expressed confidence that  the serviceman was on the Azerbaijani side, as he got lost on the  ground.  Meanwhile, the Ministry of Defense of Azerbaijan  disseminated information about the allegedly Armenian soldier leaving  his post due to hazing. Light scratches and ordinary scars on  Ghazaryan's body are presented as evidence of violence against him.

However, the NKR Ministry of Defense denied this information, urging  the public not to believe the false accusations of the Azerbaijani  side aimed at humiliating the image of the Armenian soldier, and to  wait for the ongoing investigation, the results of which will be  published.

Armenian Ombudsman Arman Tatoyan also addressed the incident, saying  that he had talked with the head of the Armenian mission of the  International Committee of the Red Cross, where he was informed that  he had not seen the Armenian soldier in Azerbaijan yet, but steps  were being taken in this direction.

In turn, the Artsakh Foreign Ministry reported that the mission of  the Personal Representative of the OSCE Chairman-in-Office was  informed about the fact that a soldier of the Artsakh Republic Army  Defense Arayik Ghazaryan was captured by the Azerbaijani side.   According to the Foreign Ministry, Artsakh authorities are making  efforts to repatriate prisoner of war Arayik Ghazaryan.