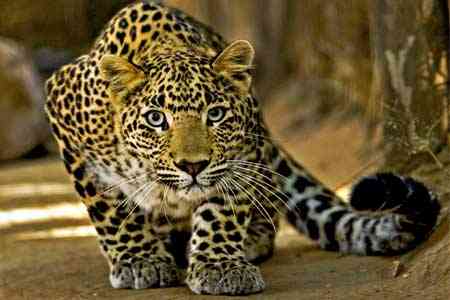 The shooting was carried out as a result of monitoring using video  cameras installed by the World Wide Fund for Nature (WWF) in  conjunction with the state non-profit organization Biosphere the  Zangezur complex, which posted frames with a predator on its Facebook  page.

It should be noted that 2019 is proclaimed in Armenia as the year of  the Caucasian leopard. Earlier, Minister of the Environment Eric  Grigoryan noted that in 2017, footage with a Caucasian leopard was  first shot in the Khosrov Reserve. Previously, a predator on the  verge of extinction has never been recorded by video cameras. Since  2002, the Ministry of Nature Protection, together with the Armenian  representative office of the World Wildlife Fund (WWF Armenia), has  been implementing a conservation program for the Caucasian leopard in  Armenia, according to which measures are being taken to restore the  Caucasian leopard, bezoar goats and the Armenian mouflon. As of  today, in Armenia there are already 7 individuals of the Caucasian  leopard, the protection and preservation of which is a global task.  In order to popularize the year of the Caucasian leopard, it is  planned to carry out five main events - to hold an international  conference, to make a film about the country's biodiversity, to  publish a postage stamp and an anniversary coin.