Brother of MP from the ruling bloc, who headed the Chkalovka  community, is accused of abuses 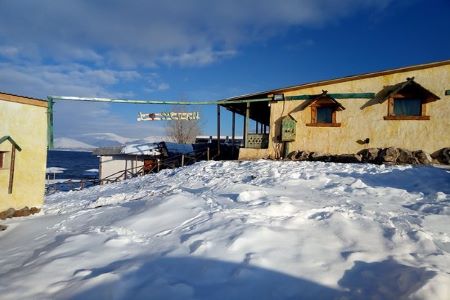 ArmInfo. The police received operational data from the National Security Service of Armenia on the abuse of office by the former head of the Chkalovka community of  Gegharkunik region, the press service of the police informs.

According to the source, according to preliminary data, the former  head of the Chkalovka community, using his official position, from  2014 to 2016, under the pretext of providing social assistance to  unsecured families, wrote out amounts from the community budget, from  which he appropriated an amount of 1,170,000 AMD. In addition, he  also held a fictitious tender, and in 2015 he sold his BMW brand car,  worth 7.000.000 drams, to the Chkalovka community for the amount of  10.400.000 drams, that is much more expensive than its real market  price.

Thus, the former head of Chkalovka caused damage to the community in  the amount of about 3.400.000 drams. A criminal case has been filed,  which was sent to the Investigation Committee of Armenia for  preliminary investigation.

It should be noted that during this period of time the post of head  of the Chkalovka community was occupied by a member of the Republican  Party of Armenia Yervand Karapetyan, who, however, left the "native"  party immediately after the revolution. Yervand Karapetyan is the  brother of the MP from the "My Step" bloc Varazdat Karapetyan, who  also worked in the time for the RPA government.

Yervand Karapetyan himself, in an interview with journalists, denied  the accusation incriminated to him, called the case fabricated,  believing that all this pursues political goals in order to weaken  the position of his brother. He also expressed bewilderment at the  fact that the authorities are initiating a criminal case against the  brother of a member of his team.

ArmInfo's correspondent failed to get a comment from MP Varazdat  Karapetyan on the statement of his brother Yervand Karapetyan.