Expert: To resolve the issue of illegal logging requires an  integrated approach 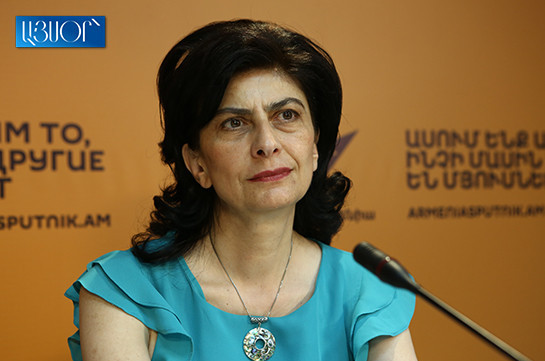 head of "Forests of Armenia"Nazeli Vardanyan,  said in an  interview with ArmInfo correspondent. She stressed that in general,  the area of illegal deforestation is growing year by year, the  exception was only 2018, when the trend began to decline due to the  strengthening of control measures by the state.

Referring to the latest data of international organizations,  Vardanyan noted that today forest areas occupy only 6-8% of the  country's territory, which indicates the presence of serious  problems. "Since the last time an inventory of forest stands was  carried out in 1993, according to official data, the picture is  somewhat different," she said.

30% of forest plantationns in Armenia grow on the slopes of the  mountains, cutting down of which entails serious negative  consequences, in particular, degrades the soil, erosion begins,  sources dry up, etc. Since the forest is multifunctional in nature, a  number of spheres have a negative impact. In addition, according to  Vardanyan, the situation is aggravated in terms of forest  composition. Today, oak and hornbeam forests are being destroyed, and  low-grade trees are growing instead.

In view of the current situation, the expert does not see a final  solution to the problem only in tightening control and raising fines  for illegal logging, since, according to her, the issue has serious  social roots and requires an integrated approach. She noted that at  various times the public organization she headed appealed to  different governments, offering their solutions. In particular, she  noted that one of the recent initiatives was the creation of the  Public Environmental Court, about which <Forest of Armenia> presented  their recommendations, but so far no feedback was received, except  for changing the norms of the criminal and administrative codes.

In this regard, Vardanyan stressed that the government should pay  special attention to the social component of the current problem, in  particular, providing the population with an alternative source of  income, offering long-term and interest-free green loans for  installing solar panels, etc. At the same time, work on forest  plantations is necessary to involve economic entities whose  activities are directly related to forests.