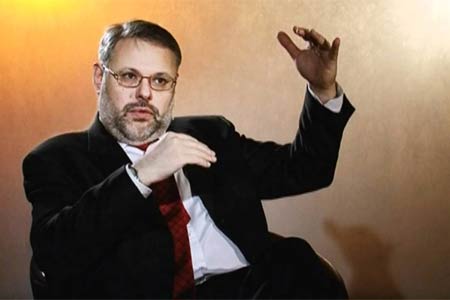 ArmInfo.Neither Turkey nor Azerbaijan want to fight. Especially in conditions when Russia remains the security guarantor. In this light, Armenia should not be  particularly worried, fearing the aggravation of the situation in the  region, up to the realization of the military scenario.  A similar  opinion was expressed by ArmInfo, a Russian political scientist,  member of the Izborsk Club, Mikhail Khazin.

"Turkey doesn't need new wars - Ankara's main interests today focused  on trade and economic relations that it seeks to develop everywhere.  Thus, a regional war simply does not come from Turkish interests. Any  such war will eventually end with another defeat and the collapse of  Turkey And it is here that many will remember the Treaty of Sevres,  "he said.

For practically similar reasons, in the opinion of a political  scientist, Azerbaijan is not particularly keen, or rather does not  want to fight. Thus, according to Khazin, the Karabakh conflict will  be resolved peacefully, through mutual concessions, including  territorial ones.

The Russian political analyst does not expect hostilities in the  situation around Iran either. He predicts that the situation around  the Iranian nuclear program will be resolved after Donald Trump, Xi  Jinping and Vladimir Putin are voiced at the upcoming G20 summit of a  certain proposal, which should suit all of its participants.  According to Khazin, there is nothing more or less about a certain  new world order in which wars will become unprofitable and therefore  meaningless.