Deputy Secretary General: Council of Europe ready to support Armenia in the implementation of important reforms in the judicial and legal system 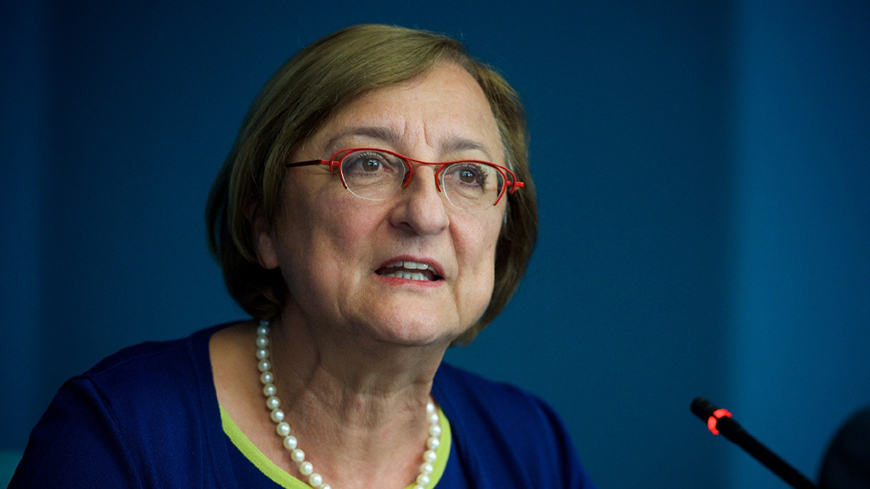 ArmInfo.  The Council of Europe is ready to support Armenia in the implementation of important reforms in the judicial and legal system. Council of Europe's Deputy Secretary General Gabriella Battaini-Dragoni said this at the lunch of the cooperation program for 2019-2022, on June 17, in Yerevan.

"The CoE Committee of Ministers is closely following important democratic reforms in Armenia and supports progress. In particular, in the matter of increasing the transparency of the judicial system, adopting a new Criminal Code and Criminal Procedure Code, creating new structures to combat corruption," she said, and in this context, recalled that the implementation of the previous, second program contributed to the achievement of progress in the legal system, and constitutional reforms are an example of successful cooperation. At the same time, according to her, human rights were strengthened in the Armed Forces, steps were taken to combat corruption in the field of higher education, and the fight against family violence was deepened. "And we are confident that we can move forward and achieve more. The goal of the program is to achieve great success in implementing domestic reforms," the CoE's Deputy Secretary General noted, adding that reforms in such areas as the judicial system and the fight against corruption are among the priorities of the current Armenian government.

She stated that the program budget is about 19 million euros, with 57% of the amount provided through voluntary contributions from Austria, Germany, Ireland, Liechtenstein, Sweden, Switzerland, and the United Kingdom. "We welcome the efforts of Armenia in implementing reforms, strengthening democratic values. But close cooperation is important for this. It is also very important to speak openly about the evils that have not yet been overcome. This step was taken by Prime Minister Pashinyan in April of this year voiced the need to decentralize power, eradicate corruption, ensure an independent judiciary. The CoE is ready to assist Armenia in these areas. We are ready to change the vector of cooperation based on the appeal of the Armenian authorities> , said Battaini-Dragoni, adding that the delegation of CoE experts visited Armenia, and now they are preparing concrete proposals on issues of concern to the country's authorities, and some of them have already been submitted.

"These are important issues for Armenia. Proposals should be consonant with the Constitution and international commitments. We are ready to be a guide on the path of important reforms,"  the CoE;s Deputy Secretary General concluded.