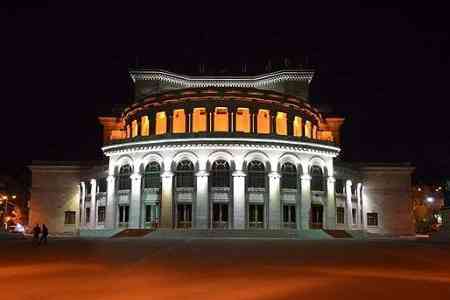 ArmInfo.A meeting of the working  group will be held at the National Academic Opera and Ballet Theater  named after A.Spedaryan on May 27 at 14:00, where members of the  theater board will be invited.

It is reported by the department of public relations of the theater.  According to the source, on May 22, a regular meeting of the council of the organ of the collegial  governing board of SNCO "National Academic Opera and Ballet Theater  named after A.Spendaryan" took place. The agenda of the meeting  included the issue of electing the chairman and secretary of the  theater's governing board. According to the source, a vote took  place, with the results of which the theater team does not agree.

Note that earlier at the next meeting of the collegial board of the  National Academic Opera and Ballet Theater named after A. Spendaryan  was elected the Chairman of the Board of Management. Minister of  Culture Nazeni Gharibyan, and the ballet dancer Sergei Safaryan  became the secretary.