Lawyer: Stagnant well of Armenian justice should be closed and a new  clean source opened 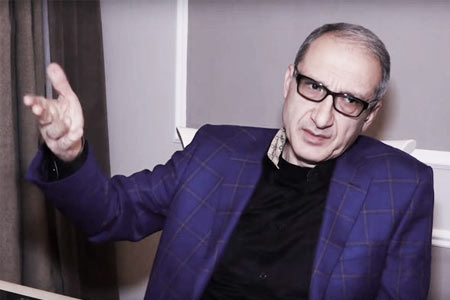 "I am convinced that this well with stagnant dirty water needs to be  closed and a new clean source of justice opened. In my opinion, the  Court of Cassation can and should play the most important role in  such a process as the justice authority of the higher instance," said  the lawyer.

According to his estimates, there are enough problems in the judicial  system, however, any decision must be carried out on a legal plane  and exclusively within the framework of the law. You can start with  the formation of a commission consisting of professionals, which in  turn will prepare a package of relevant amendments to the  Constitution, to the relevant laws governing the activities of  courts.

On May 20, the Armenian Prime Minister voiced the need for "surgical  intervention" in the judicial system, stipulating this by the  distrust of the Armenian public regarding the courts. Pashinyan  stressed the need to subject Armenian judges to venting and introduce  transitional justice mechanisms in the country. On the same day,  according to his appeal, citizens blocked the buildings of the courts  throughout Armenia, after which Pashinyan demanded that the judges,  who "passing verdicts violating the rights of citizens", resign.

In any case, Ohaniyn is convinced that it is impossible to preserve  the judicial system in the form in which it exists today. At the same  time, according to his estimates, there are decent judges in the  country with a spotless biography, the lawyer is convinced that there  are exceptions in the system and there are quite a few of them,  especially among young and educated judges.

"At the same time, the requirements of the head of the executive  branch, the prime minister, do not have legal force addressed to  unscrupulous judges. And he is not to dismiss their authority. But he  has to put pressure on them by catching his hand for this or that  violation of the law but in the end, it is the direct responsibility  of the executive branch, first and foremost law enforcement, " summed  up Ohanyan.  To note, according to the estimates of the Minister of  Justice of Armenia Artak Zeynalyan, the proposed vetting in the  judicial system proposed by the Prime Minister does not have any  connection with the previously announced implementation of  "transitional justice" in Armenia. "The vetting institute is already  operating in Albania under the recommendations of the EU, CE and  other European structures. The vetting right has already received a  positive assessment of the Venice Commission, however, its  introduction in Armenia requires legislative registration," the  minister told reporters.