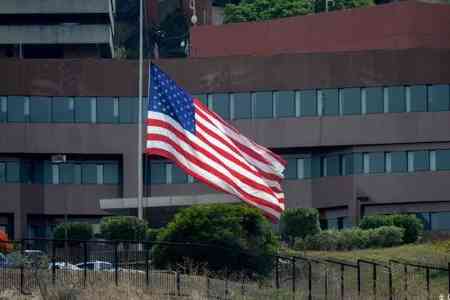 ArmInfo. The United States of  America calls on the government of Armenia to consistently conduct  judicial reforms in accordance with the country's constitution. This  is stated in the statement of the US Embassy in Armenia regarding the  situation in the republic.

"The United States is committed to  strengthening an independent judiciary in Armenia, which includes efforts to fight corruption and establish rule of law institutions.  This requires determination, vigilance, and a long-term strategy to  build transparent and accountable institutions. The people of Armenia  clearly indicated that supports these changes, and we urge the  government to consistently carry out the reform of the judicial  system by constitutional means ", - says the response of the US  Embassy to the request of Radio Azatutyun.

On the evening of May 19, Armenian Prime Minister Nikol Pashinyan  made an appeal to the citizens of the republic - on May 20 in the  morning to block the entrances and exits of all courts. "From 08:30  am on May 20, we block the entrances and exits of all courts in the  republic without exception, so that no one can log in," he wrote on  his Facebook page, adding that on May 20, at 12:00, he will be  announced the second, most important stage of the Armenian  revolution, and that he will make an important statement about the  situation in the judicial system. Citizens submitted to the prime  minister's call, and from early in the morning prevented the  activities of the judicial authority. Today, in his address to the  people, Pashinyan noted that the judicial system of Armenia needs  "surgical" reforms, since it does not enjoy public confidence.

These actions of Pashinyan followed after the personal restraint of  Artsakh President Bako Sahakyan and ex-President of Artsakh Arkady  Ghukasyan changed the preventive measure against the second RA  President Robert Kocharyan, accused of overthrowing the  constitutional order. This decision caused dissatisfaction with a  part of society, which demanded to influence the court with a view to  revising it.  In the light of the current situation in some  socio-political circles of Armenia, there were accusations addressed  to Saakyan that he split the Armenian society with his act.