Expert: Tracking tactics for conducting exercises of Azerbaijani  Armed Forces is a necessary element of planning the Armenian Defense  Ministry 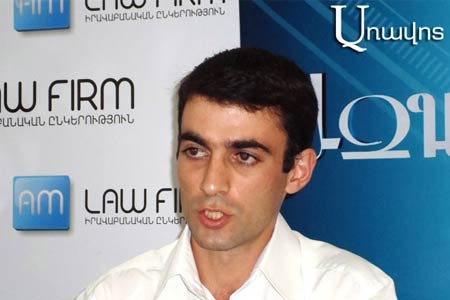 ArmInfo.Tracking tactics and analyzing the conduct of exercises of the Armed Forces of Azerbaijan is an extremely necessary element in planning possible actions of the  Armenian Defense Ministry in the future. It is precisely these that  are of primary interest to us are the military exercises held in the  neighboring country. Expert of the Orbeli analytical center Taron  Hovhannisyan expressed such opinion to ArmInfo.

From May 20 to 24, Azerbaijan conducts the third military exercises.   The legend of the exercises is a reflection of the attack and the  inflicting of counter-attacks on the conditional enemy in conditions  of limited visibility with a further transition to the  counteroffensive. Up to 10 thousand troops, up to 200 rocket and  artillery systems and MLRS, up to 150 armored vehicles, up to 35 air  force units participate in the exercises. The first exercises in the  2019 were held in Azerbaijan in March, the second, joint with Turkey,  in May.

"In my opinion, the data, and all previous military exercises, are by  no means a kind of announcement of new combat operations. The main  factor determining such actions of the enemy is the current state of  the Azerbaijani Armed Forces, their ability to initiate and  confidently continue fighting, and, of course, the current situation  in the negotiation process, the domestic and foreign policy  background plays an important role in such a motivation, "he  stressed.

In any case, according to Hovhannisyan's assessments, the  military-political leadership of Armenia, the officials from the  Ministry of Defense are conducting quite active work with the  ultimate goal of strengthening the country's Armed Forces.

According to him, in particular, we are talking about the technical  re-equipment of the army, the creation of a more powerful air force,  accompanied by the strengthening of the air defense system and other  similar steps.

At the same time, the counter-offensive scenario of the passing  exercises, according to the expert, practically does not differ from  the scenarios of the previous exercises. A similar scenario has been  worked out and tested over the past years by the Azerbaijani armed  forces more than once. Although in reality, Baku, according to  Hovhannisyan's estimates, considers only one scenario of possible  hostilities against Armenia and Artsakh - offensive.