Diplomat: Iran can become a link between the coastal countries of the  Caspian Sea and the Persian Gulf, and Oman 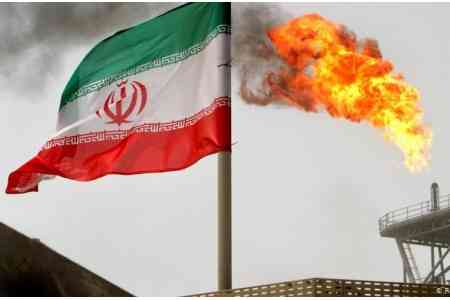 ArmInfo.The Caspian Sea  possesses enormous reserves of oil and gas, which can be the driving  force of development. On May 13 in Yerevan at the conference "The  Caspian Sea - a Sea of Opportunities", initiated by the Embassy of  Turkmenistan in Armenia and dedicated to the First Caspian Economic  Forum, which will be held on August 12 in "Avaza" National tourist  zone, Deputy Ambassador of Iran to Armenia, Ali Naser Sobhanipour  stated.

At the same time, he stated that cooperation between countries in the  field of oil production and exploitation, as well as oil and gas  swaps are those issues that are always on the agenda of the  discussion of the Caspian littoral countries. "The Caspian Sea, which  is the largest lake in the world, with its potential for transporting  energy, tourism and bioresources, needs more attention, including  from the point of view of environmental protection. To achieve these  goals, closer cooperation between the Caspian states is necessary.   Fortunately, the political will of the five Caspian states made this  sea a sea of peace, friendship, development and mutual cooperation,  "the Iranian diplomat said.

According to him, the unique geographical location of the Caspian  Sea, and the established corridors from North to South and from East  to West, have made regional cooperation imperative. "These are two  important corridors - connecting Iran and many Asian countries of the  Caspian Sea to Central Asia, the Caucasus, Russia and Europe. And  transit of 5 Caspian countries is of particular importance. Iran  provides road, rail and port transit opportunities with technical  equipment in ports in the Caspian Sea, The Persian Gulf and the Oman  Sea may become a link between the coastal countries of the Caspian  Sea and the Persian Gulf and Oman, "the diplomat concluded, adding  that economic development of the region, through a common policy of  interaction.

To note, on August 12, 2019, the first Caspian Economic Forum will be  held in the Avaza National Tourist Zone of Turkmenbashi, in which  members of governments, heads of ministries and departments from all  Caspian states and the entire region are expected to attend. The  purpose of the Forum is to create conditions for large projects, a  discussion about the role of the economy of the Caspian region in a  global context, investment attractiveness in the fields of industry,  energy, agriculture, trade, tourism and other industries of the  Caspian littoral states of mutual interest. The first such forum in  history within the largest region of the world, which is the Caspian  basin, was initiated by President of Turkmenistan Gurbanguly  Berdimuhamedow  the IV Summit of the Heads of the Caspian littoral  states, held on September 30, 2014 in Astrakhan (Russian Federation).

This initiative is based on the fundamental vision of Turkmenistan of  the strategic importance of the Caspian Sea in regional and  interregional geopolitical and geo-economic processes, and its role  as an important transit-transport and logistics hub, necessitating  further joint efforts of the Caspian states. The development of  fruitful cooperation with the countries of the Caspian region has  been and remains a principled position, and in this regard it is  among the priority vectors of the foreign policy of Turkmenistan.   The agenda of the First Caspian Economic Forum will cover a wide  range of issues that will later form the basis of promising areas of  interaction between the participating states. It is assumed that such  topical issues regarding the intensification of trade and economic  relations, including the creation of conditions for the development  and implementation of large-scale projects, will be proposed for  consideration for the exchange of views and constructive discussion.

On the margins of the Forum, it is also planned to hold the  International Exhibition of Innovative Technologies of the Caspian  States on August 11-12, 2019, which is intended to become a center  for establishing business contacts and getting acquainted with new  technologies, services and solutions in various areas of the economy,  including the fuel and energy sector, transport and logistics ,  industry, commerce, tourism and many other areas.