Pashinyan explained nuances of Institute for recovery of illegal  property 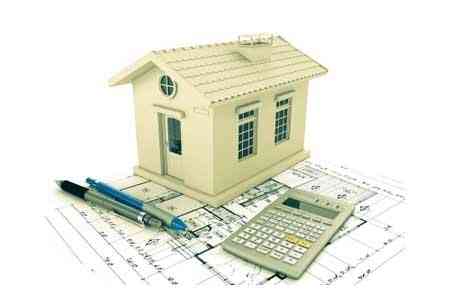 Opening the discussion, the Prime Minister noted that the need to  recover property without a conviction was first mentioned in the 2004  UN Convention against Corruption. According to him, countries should  take the necessary measures to allow the recovery of property without  a conviction in cases where the offender cannot be prosecuted in  cases of death, shelter, his absence or in other similar cases. The  Republic of Armenia ratified this convention without any reservations  in 2007.

To this end, since 2011, an interdepartmental commission has been  formed to combat money laundering and the financing of terrorism,  which has discussed the possibility of introducing this system. In  particular, he noted, at the 25th meeting of the commission in 2011,  the 26th in 2012 and the 28th in 2013, a program of events was  discussed and approved, on the basis of which the working group  consisting of representatives of various departments The task was to  present a program of activities for the implementation of this  institution. Within the framework of the working group, documents  were drawn up and put into circulation; discussions were organized  with the participation of all interested departments.

To note, the Interdepartmental Commission on Combating Money  Laundering and Financing of Terrorism, since 2008, has been headed by  the Chairman of the Central Bank Arthur Javadyan for about 11 years,  and the members are Deputy Prosecutor General, Deputy Minister of  Justice, Deputy Chairman of the State Revenue Committee, Deputy  Director National Security Service, Deputy Chief of Police, Assistant  Prime Minister, Chairman of the Criminal Chamber of the Court of  Cassation, Deputy Minister Finance and 6 representatives of the  administrative board agencies involved in combating money laundering  and terrorist financing.

Already at the 34th meeting in 2018, the above-mentioned commission  approved the concept of introducing the obligations of the accused to  prove the legality of the property in cases of grave or especially  grave crimes, on the basis of which a working group headed by the  Ministry of Justice of all the above-mentioned with the participation  of representatives of the Office of the Human Rights Defender of the  Republic of Armenia to develop regulations in accordance with  fundamental human rights and freedoms guaranteed by Constitution of  Armenia. As for the essence of the institute, in order to avoid  various comments out of context, we consider it necessary to  emphasize the following specific features:

<First, the introduction of an institute for the recovery of property  of illicit origin should not be considered as a penitentiary measure.  On the contrary, this is a preventive measure by its nature, and, as  noted in the "guidelines for the collection of property without a  conviction", published by the World Bank initiative:  "Recovery of  stolen assets is not a criminal law punishment, does not have  criminal law consequences".

As the prime minister noted, this institute is widely used in various  countries for identifying and withdrawing shadow funds.

"Nevertheless, according to the above-mentioned document, one of the  most important principles of the institute's implementation is also  that" collecting property without a conviction should never be  considered as an opportunity to avoid criminal punishment for crimes  committed ", Pashinyan explained.

According to him, speaking of the recovery of property without a  conviction, one cannot imply that the property is confiscated at all  without a court decision. "The introduction of the institute for the  recovery of property without a conviction is also primarily aimed at  creating appropriate legal mechanisms within the framework of  international cooperation related to the recognition of the courts of  Armenia and foreign courts in the context of this institution," he  said.

The Prime Minister considers it important to state that in the  international conventions listed by us in connection with the  implementation of institutions, in particular, in part 4 of Article  53 of the Council of Europe Convention <against money laundering,  search, confiscation and confiscation of proceeds from crime and  financing of terrorism>, states the possibility of countries making  reservations on certain articles, including provisions relating to  confiscation.

"The noted issues have already been discussed for quite a long time,  and here we seem to arrive at a final conclusion," said Pashinyan,  listing which international documents govern this institution: the UN  Convention against Corruption; Council of Europe Convention "on  combating money laundering, tracing, confiscation and confiscation of  proceeds from crime" and the financing of terrorism.

According to him, in the context of combating money laundering, prior  crimes and financing of terrorism, in accordance with the above  conventions, the 4th mandate of the FATF (Financial Action Task Force  on Money Laundering) also establishes the obligation to enforce the  collection of property without a conviction.

Pashinyan recalled that the above conventions were ratified by the  Republic of Armenia in 2007 and 2008, and the obligation to implement  the FATF instructions was due to the membership of the Republic of  Armenia in the Council of Europe.

.  <I also consider it necessary to state that the Republic of  Armenia has carried out certain works with international structures  on this topic. Such structures as the Council of Europe Commission  addressed the implementation of this institution in Armenia. In 2015,  the Commission approved the evaluation report of the 5th stage of  implementation of the FATF instructions, which stipulates that the  Republic of Armenia, in order to improve the practice of collecting  property obtained by criminal means, should consider introducing  collection institutions without a conviction. In 2018, the  Organization for Economic Cooperation and Development approved a  report on the conformity assessment of the Republic of Armenia of the  UN Convention against Corruption, which stated that the institution  of collecting property without a conviction was not introduced in the  Republic of Armenia, calling for the republic to implement this  institution, "Pashinyan said .

He stressed that this is a natural process. <And, of course, there is  also some connection with political processes, because, by and large,  it was hard to believe that without the changes that occurred in  Armenia, this institution could be implemented. But now we have a  task not only to simply introduce this institute, but also to solve  some issues, "said Pashinyan.

According to him, it is necessary to make sure that this is an  effective mechanism for the return of stolen assets, but this should  not become an instrument of political vendetta. "But it's also very  important for us that the fight against corruption in the Republic of  Armenia be shifted from the declarative level to the institutional  one," he said. At the same time, Pashinyan considered it important to  ensure the protection of human rights in the whole process so that it  does not harm the country's image.

<I want to say that today, in terms of a purely investment  environment, we have very specific problems that we face. You know  that both the Special Investigation Service and the Investigation  Committee, if I am not mistaken, have already in certain cases  transferred certain information to the Ministry of Territorial  Administration and Development so that previously illegally  privatized property will be returned to the state. For example, I  have very emotional responses from specific investors when they are  faced with illogical prices for acquiring land in some place, that  is, owners of several million dollars are trying to sell some  property that was acquired, say, at ridiculous prices. . We must  understand how to solve these problems, "Pashinyan said.

Further, issues related to the introduction and application of the  institute for the recovery of property acquired illegally without a  conviction were discussed.

Nikol Pashinyan once again emphasized that the issue of collecting  property without an indictment is important in terms of conducting a  real anti-corruption struggle, and the legal mechanisms for  protecting human rights aimed at it, ensuring bank secrecy must meet  the best international standards.

The head of government instructed to summarize the submitted draft  law and send it for international expertise.