Expert: New Armenian authorities will enjoy full-fledged public  support for the implementation of in-depth reforms for at least  another two years 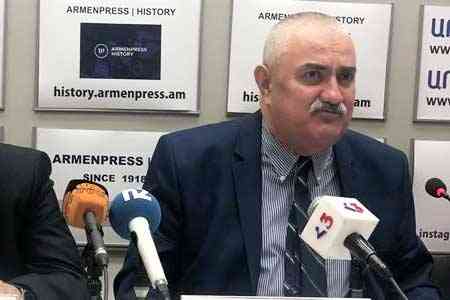 ArmInfo. The main problems faced currently by the Armenian society, the solution of which the people expect from the new authorities, are unemployment,  depopulation, low basic pensions and wages against the background of  growing inflation.

This opinion was expressed by Aram Safaryan, Head  of the "Integration and Development" Analytical- Research NGO,  coordinator of the Eurasian Expert Club, in an interview with ArmInfo  correspondent, based on the data of the research report "Armenia in  New Conditions" prepared by the club experts.

In addition, according to him, the society expects the authorities to  uncompromisingly fight corruption, severely punish all former  officials who have been illegally enriched by abusing office  authority and bribery and returning to the state treasury the  property acquired bypassing the law, to invest these funds into the  country's economy in order to obtain further multiplicative effect.  At the same time, according to the expert, the Armenian society does  not want a vendetta.

Nevertheless, as Safaryan noted, the new year's appeal of the Acting  Prime Minister Nikol Pashinyan showed that the new government is  aware of these impulses coming from society, understands that the  time for slogans and revolutions ended with the early parliamentary  elections held on December 9, and now it is time for civilian  consolidation in order to implement real and deep reforms. "As our  studies have shown, the society is now ready to fully assist the  authorities in the implementation of these reforms and the resolution  of socio-economic problems. It is difficult to say how long the  current government will enjoy such goodwill of society. But we  believe that this will last at least two years. That is, the  authorities have two years to make changes. But during these two  years, the authorities must show their competence, not only honesty  and decency, the desire to work with clean hands, but also  professionalism and efficiency, "he said, recalling that the figures  for the last two quarters of 2018 showed that political processes  affected the pace of economic growth, somewhat slowing them down,  which in principle is an objective, but disturbing phenomenon.   Therefore, he stressed, the year 2019 should become a year of  economic and political stability, create prerequisites for attracting  investment. "Of course, this is not an easy process, businessmen from  the Diaspora, are monitoring the situation in the country, refraining  from real projects. They are waiting for specific actions of the  authorities, the establishment of stability and predictability of  processes. The measures taken by the government in 2017, early 2018,  created the conditions for further economic growth, which would be  able to somewhat improve the well-being of society and reduce the  rate of depopulation.  Unfortunately, in the second half of 2018  these rates were reduced. And the main task of the government in 2019  should be to restore these rates. The Eurasian expert club believes  that if Armenia succeeds in fixing 7% of GDP growth, then within 7-10  years the country will be able to "jump out" from the list of poor  states and replenish the list of developing economies, Safaryan said.   Summarizing, he stressed that society has positive expectations from  the new parliament and government.