Kent: The United States realizes that Armenia is blessed by its  people and citizens, however, it has tough neighborhood 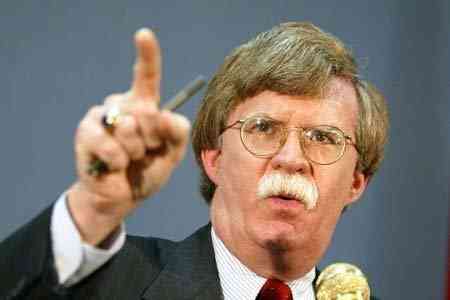 ArmInfo.The United States realizes that Armenia is blessed by its people and citizens, however, it has tough neighborhood. The Deputy Assistant Secretary of State for European and Eurasian Affairs George Kent said this on October 16  in Yerevan, referring to the visit of the US President  National  Security Adviser John Bolton to Armenia.

"Bolton will also visit Moscow and other countries of the region. We  understand the challenges that Armenia faces from the point of view  of regional trade. But we are still more concerned of the military  and state elements in Iran that contribute to regional  destabilization," Kent said.

"There are issues related to legitimate trade, but on the other hand,  there are issues related to how Islamic Revolution Guard Corps  promote terrorism. The United States and other countries negotiated  Iran's nuclear program a few years ago, but this did not stop Iran  from conducting its destabilizing role and position to promote such  regimes as the Assad regime, Hezbollah and Hamas. During Bolton's  visit, I believe you can expect open and sincere discussions about  possible positive prospects in bilateral relations, and around  regional security challenges, "Kent concluded.