Montserrat Caballe dies at the age of 85 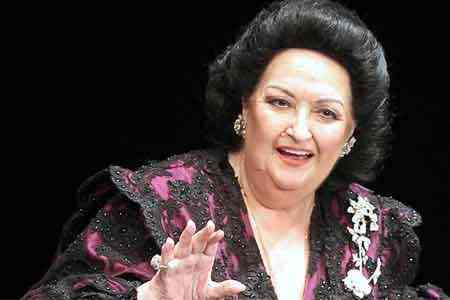 ArmInfo.The world famous Spanish opera singer Montserrat Caballe died at the age of 85 in Barcelona, according to El Pais, referring to doctors.

The singer died this night at the Barcelona San Pau Clinic, where she  had been treated since mid- September. According to the publication,  the funeral will be held on Monday, October 8, reports RIA.

Caballe is known for the technique of virtuoso singing bel canto. She  was born on April 12, 1933 in Barcelona. Named in honor of the local  sacred mountain, where the monastery of St. Mary of Montserrat.

In 1954, Caballe graduated with honors from the Philharmonic Dramatic  Lyceum of Barcelona, after which she was admitted to the Maggio  Fiorentino Theater in Florence, and in 1956 she became a soloist with  the Basel Opera.

In 1956-1965, Caballe sang at the opera houses in Milan, Vienna,  Barcelona, Lisbon. There she performed many roles in operas of  different eras and styles. World fame came to the singer in 1965 when  she replaced American opera star Marilyn Horne, who had fallen ill,  in the part of Lucretia Borgia at Carnegie Hall in New York. Her  performance was a sensation, the hall gave a 20-minute ovation.

In subsequent years, Caballe performed on the stages of the most  famous opera houses - the Milan La Scala, the New York Metropolitan  Opera, Covent Garden London, the Paris Grand Opera, the Vienna State  Opera. Her repertoire includes operas by Verdi, Donizetti, Rossini,  Bellini, Tchaikovsky and other composers. In total, she sang about  125 operatic roles and released more than 100 discs.