Medvedev: Aznavour was the soul and voice of the great cultures of  France and Armenia 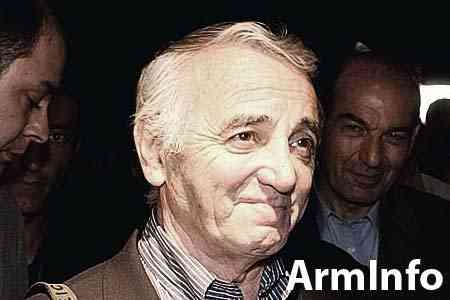 "For many years he gathered full halls at his concerts in our  country, deep condolences to the close singer, as well as to all his  numerous admirers around the world, including in Russia." Aznavour is  one of the outstanding performers, "wrote Medvedev in his Facebook.

He noted that Aznavour was the soul and voice of the great cultures  of France and Armenia for the whole world.   Condolences in  connection with the death of the legendary singer expressed and the  mayor of Paris, Anna Hidalgo. According to her, Aznavour was a real  icon for French music. The mayor of the French capital proposed to  choose a place in Paris and give him the name Aznavour. Hidalgo  justified his initiative by the fact that the singer's work inspired  and will inspire many more generations.