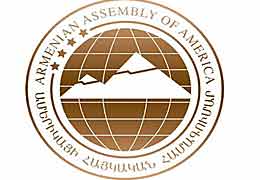 ArmInfo.The Armenian Assembly of America welcomes the outcome of the referendum on the establishment of an independent Iraqi Kurdistan.

According to the statement of the AAA, received in ArmInfo, the  Kurdish people have the full right to self- determination and the  creation of their own statehood.

Note that on the eve of the referendum on the establishment of Iraqi  Kurdistan.

Despite the fact that the official results of the referendum will be  made public only after 72 hours, nevertheless, a preliminary vote  count showed that the majority of the referendum participants  supported the establishment of an independent Kurdish statehood.  Nevertheless, Iraq and Turkey have already managed to express their  sharp discontent with the processes in the region, stressing that  they will not accept the results of the referendum if they are  positive. In turn, the leader of the Iraqi Kurds Massoud Barzani said  that he does not intend to go on a confrontation with his neighbors  and wants to solve problems on a negotiated basis.