Ruben Shugaryan: The time has come for settlement of Karabakh conflict based on Responsibility to Protect and Remedial Recognition norms 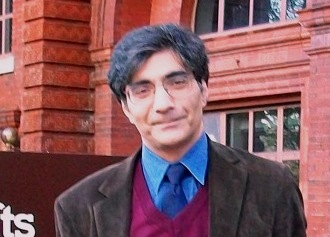 In an interview with ArmInfo, Ruben Shugaryan, former deputy foreign minister of Armenia, former Armenian Ambassador to the U.S., Professor at the U.S.  Tufts University's Fletcher School of Law and Diplomacy, shares his views about the Armenian policy towards the Karabakh conflict settlement following the April aggression of Azerbaijan. He also speaks of the latest changes in the international law, and substantiates the need to adjust Armenia’s foreign policy and national security doctrine to the global, geopolitical trends.

You had worked at the Armenian Foreign Ministry for a long time. Would you outline the real limits of possible concessions of the Karabakh conflict parties on the path to the settlement?

I think the Karabakh problem has undergone certain evolution. In the early 1990s the key achievement of Armenia was internationalization of the intermediary efforts in the conflict settlement process. Unlike Georgia that "had two and a half conflicts on its territory", we were able to put the Karabakh peace process under the OSCE auspices. Over the past few years, the process has inter alia seen failures and disappointments. However, at that time we managed to create a negotiation format and to institutionalize the entire negotiation practice by balancing it through the presence of three permanent members of the UN Security Council - the United States, France, and Russia. Moreover, today the Karabakh problem is the only platform, where the U.S. and Russia are still cooperating somehow. We should understand that amid the complicated relations between the big countries, they always need one or two issues to cooperate on.  This allows them to rise to more or less digestible level of discussion of more global issues. Therefore, the US and Russia also consider the Karabakh problem as a toehold for creation of future formats. Armenian diplomacy has always tried to find a compromise in the U.S.- Russia relations to prevent the Karabakh problem from turning into a stumbling block between Washington and Moscow. As for France, the representative of the European Union, it always represents itself whatever the outcome.

Do you think the “April war” unleashed by Azerbaijan has brought more tangible changes and prospects to the negotiation process?

After the April war the settlement process has undergone quite tangible transformations. If prior to April the whole process had been based on certain principles, for example "Madrid" principles, in April Azerbaijan stepped across the dangerous line. Right after that Armenia on the highest level started to voice the possibility of recognizing Artsakh. In my opinion, the issue of recognition is rather complicated, given our participation in the negotiation process, one of the final goals of which is to determine the status of Artsakh. Azerbaijan regularly attempts to present the Karabakh conflict as a religious one and transfer it from the OSCE to the UN format. It was especially obvious during the April events when duplicating the ISIS's actions Baku was trying to play the card of religion and Islamic solidarity. I can point out a lot of similarities between today's Azerbaijan and the ISIS, for instance, the targeted violent actions by Azerbaijani military men against civilians in Artsakh.

Was it done deliberately? What was it aimed at?

It was aimed at frightening and sending a certain alarm to other countries. At the negotiations, Armenia needs to present not the facts of the conflict but its changed essence, which became evident in April when Azerbaijan overstepped all the possible moral and ethical lines. This was also done before April – Baku glorified Ramil Safarov, Ilham Aliyev threatened to shoot down the civil planes intending to land in Stepanakert Airport. The new international norm ‘Responsibility to Protect’ is a consensus solution presented by Kofi Annan and developed later by President of International Crisis Group Gareth John Evans. Another term 'Remedial Recognition' has recently become quite popular in the political language, the meaning of which is recognition, sovereignty and secession for survival. Today the issue of Karabakh should not be discussed within the principles of territorial integrity or people's right to self-determination. After Azerbaijan's April aggression, this issue has become an issue of physical survival for Karabakh people. By the way, Kosovo was recognized for the sake of survival, as after "Kosovo Liberation Army" was defeated by Serbs the international community came to the conclusion that there is no other solution. The same did not happen in Karabakh as the NKR Defense Army won Azerbaijan. It was the victory of defending Karabakh people against the aggressor Azerbaijan that has led to a paradoxical situation and maintenance of status quo till today.

In other words, have the aggressor and the victim swapped places especially in the light of Baku's regular claims about "one million of refugees and 20% of occupied territories"?

Certainly, they have. Due to the April aggression and Baku's intentionally uncovered threats, which were prevented only due to unprecedented consolidation of Armenian people, Yerevan has the chance to put things in the right place. The settlement process should remain within the OSCE, but the focuses should be shifted according to the international norm of "Remedial Recognition". I think that today the time has come to present Armenia's foreign policy regarding Karabakh in the humanitarian context.

Should Armenia be the first to officially recognize Artsakh in order to successfully put Remedial Recognition in practice?

I do not rule out Armenia's recognition of Artsakh under certain circumstances, but I think the recognition should not be the result of patriotic emotions of various political forces. Certainly, it is necessary to prepare for recognition and it is necessary to have the entire relevant legal package for that. It is also necessary to prepare certain countries for that. There are prerequisites for such recognition in many countries, even in the United States, though they are not at the federal level. Seven US states have already recognized Artsakh. This figure is not small. The recognition does not only irritate Azerbaijan, but also contains a message to the US Government. As regards Europe, France has a balanced approach within the OSCE. I think much can be done in Germany, where the situation has tangibly changed after the recognition of the Armenian Genocide, as well as in Scandinavian and small European countries, which give high priority to humanitarian issues. By recognizing the Genocide, any country subconsciously admits a possible balanced line in the Karabakh issue. In this light, Armenia itself should decide to which of these two issues to give higher priority. I think Armenia's key problem to be resolved is the Karabakh problem, especially with a view to prevent a new war. At the same time, it is necessary to take steps in the South American countries as well, for instance, Uruguay, Argentina, etc.

I think the Armenian lobby should change its priorities first of all following serious consultations with the Armenian Government. Lobbying is quite a delicate issue, but it is possible to change the list of priorities. We should be realists and we should understand that today it is impossible to raise the issue of the NKR recognition at the US Congress. At the same time, it is certainly possible to raise the issue of remedial recognition of Nagorno- Karabakh's right to self-determination, especially given that this issue completely fits into the current situation around Karabakh. This should be well thought out and this needs a serious job, including recommendations from Armenia.

The issue of cession of Artsakh territories is still relevant today. Today it is supplemented by the issue of deployment of Russian peacekeepers in the conflict zone and final conservation of the conflict without any status determination. Does this scenario meet Armenia’s interests and first of all the Karabakh people? What threats is it fraught with?

Russia has been strongly insisting on it.

Russia's intention to deploy its own peacekeepers in Karabakh does not mean at all that Russia will manage to do that. In my point of view, the settlement plan, which might work in 1998 cannot be used now and not only because the situation has changed. What I have always been concerned over in all the "Madrid", "Prague" and "Kazan" principles is not so much ceding territories as the issue of holding a referendum without defining its exact date. The issue of referendum is quite formal given that Azerbaijan's Constitution envisages its holding exclusively on the entire of its territory. There is a tendency of changing the term referendum with the term plebiscite in the negotiation process. This is absolutely unacceptable because the latter lacks the legal force of the referendum.

I hope this impression will turn out to be wrong, but I cannot state the opposite for sure. I can only say that deployment of peacekeepers may be possible only when the exact schedule of settlement all the issues included in the negotiation agenda is developed. At the same time, deployment of peacekeepers of not only Russia but any other country is inadmissible, especially at the current stage. Our main mistake is the opinion that there should be certain limits for our position, whereas our position should be very flexible, in conformity to geopolitical changes. In 1998 we were dictating from the stronger side, but now that Azerbaijan tries to become that stronger side, we should radically change our position on Nagorno Karabakh…

Exactly. In the South Ossetian conflict Russia has applied in a unilateral manner the international standard of "Responsibility to Protect". And it is obvious that Moscow possesses a certain logical resource for justification of this position, though Russia didn't reach total adjudication like, for instance, Kosovo did. Russia tried to present the situation around Crimea in the same manner, but faced a total fiasco. Therefore, Armenia should stand back from the stereotypes and fears that by changing its stand on Nagorno Karabakh, Armenia could appear as unprincipled. We should understand that there should be a compromise anyway and that it is impossible to reach it without giving anything. At the same time, the main goal of Armenia should be to ensure independence of Nagorno Karabakh and its compulsory common border with Armenia, not only through the Lachin District - taking into consideration the expansion of possible shelling of the highway linking Armenia to Artsakh.

Is the prospect of a consensus on Karabakh an advantage or disadvantage for the Armenian sides?

The Nagorno Karabakh problem should be resolved by the two opposing sides, not by any mediators. Armenia and Azerbaijan should clearly understand that the settlement of the problem fully meets their own interests. I always get very much surprised when reading interviews form Armenia, comprising statements that the Nagorno Karabakh problem is already settled and the official settlement is something that we don't need at all. But the things are not like that. In the National Security Doctrine of Armenia, which, should be updated time to time by the way, Azerbaijan is mentioned everywhere. Meanwhile, in the unpublished part of the Azerbaijani Doctrine, Armenia, as a threat, holds only the third place, because Iran and Russia are much more serious threats for Azerbaijan than Armenia. That testifies to the existence of strategic thinking in Azerbaijan, while Armenia stays at the same level. Our Doctrine is written pretty well and professionally, but it is outmoded and we need to change it. Anyway, we should have two doctrines - close and open. Just to be on the safe side.