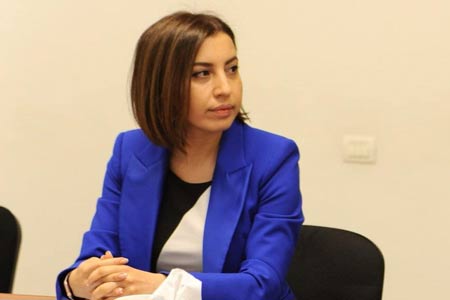 Ms Grigoryan thanked the U.S. Department of State for its efforts  aimed to ensure the repatriation of Armenian POWs and informed the  U.S. official of the feelings of the POWs' families in the context of  the information environment and provocations by Azerbaijan.

In her turn, Ms Olson pointed out that the U.S. Department of State  continues dealing with many humanitarian issues, including the  handover of POWs, discovering the fate of the missing, etc..

Ms Grigoryan informed Ms Olson of her reports on the ongoing human  rights violations by Azerbaijan during and after the Azerbaijani  attack on Armenia, on September 13 and 14, humanitarian problems of  the local residents, wear crimes confirmed by the RA Human Rights  Defender's staff using special methods, as well as on the testimony  by the repatriated servicemen, torture and degrading treatment of the  prisoners in Azerbaijan.

Ms Grigoryan highlighted the importance of holding the perpetrators  responsible regardless of their nationality.

Ms Olson highlighted the importance of the work of the Human Rights  Defender and thanked Ms Grigoryan for the timely and impartial  information.