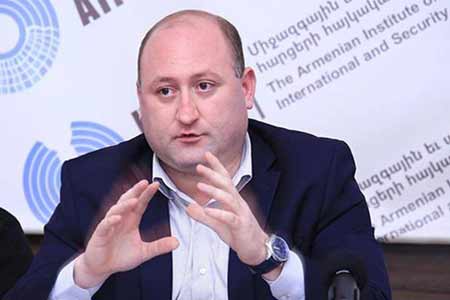 "The Armenian authorities' position on Artsakh is as follows: 'Dear  Moscow, I do not need Artsakh. And if you need it, you keep it.' So  they are stating no status is possible for Artsakh other than as part  of Azerbaijan. One more important question is that the authorities  need to have people remain there, so they are speaking of the Artsakh  people's security, " he said.

This step would resolve three problems for Armenia's authorities:  providing Moscow with the grounds to continue stationing its  peacekeepers in Artsakh; not assuming further social commitments to  "accommodate" 100,000 Artsakh Armenians; averting "extra risks" the  100,00 people could pose to their power.

"It should be noted that surrendering Artsakh is the only  well-thought-out multi-step combination in our foreign policy. The  others are a series of one-step knockdowns," Mr Sargsyan said.