NKR NSS: Information about establishment of Azerbaijani checkpoint in   corridor connecting Artsakh with Armenia does not correspond to  reality 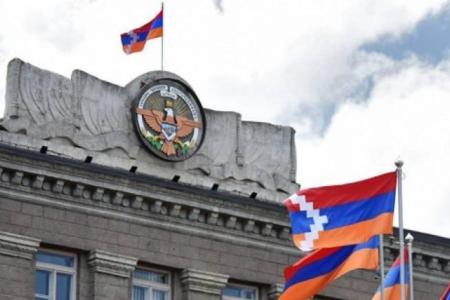 ArmInfo.The information about the establishment of the Azerbaijani Checkpoint in the corridor connecting Artsakh with Armenia does not correspond to reality.  This  is stated in the statement of the National Security Service of  Artsakh.

"Today, an interview with the head of the Russian peacekeeping  mission in Artsakh, Andrei Volkov, was circulated in the media and  social networks, on the basis of which it was concluded that an  Azerbaijani checkpoint would be established in the corridor  connecting Artsakh and Armenia.

The National Security Service of the Republic of Artsakh organized a  discussion of this issue with Volkov, during which he announced that  there will be no checkpoint in the corridor, which will be controlled  by Azerbaijanis, and there will be no Azerbaijanis in the corridor,  in the places where the peacekeepers are deployed. According to  Volkov, it is planned to establish technical observation devices to  facilitate the work of peacekeepers.

The leadership of the Russian peacekeeping contingent in Artsakh will  soon also make a corresponding statement regarding the  abovementioned," the Artsakh National Security Council said in a  statement.

It should be noted that in the video, Volkov states that a  mini-customs point will be established on the road, in agreement with  the Azerbaijani side.