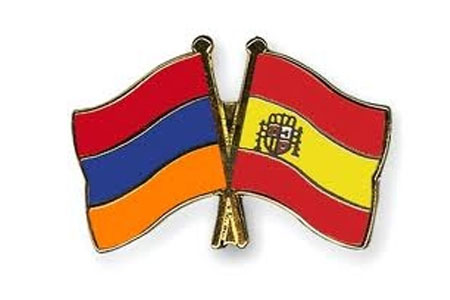 ArmInfo.Mr Jon I¤arritu, a member of the Congress of Deputies of the Kingdom of Spain, who is on a 2-day visit to Armenia, has visited Jermuk.

The MP reported he is involved in the Armenians-related processes and  added that the Congress of Deputies unanimously adopted a statement  condemning the Azerbaijani military invasion of Armenia's sovereign  territory.

The Spanish MP visited the Jermuk sanatorium and other sites damaged  as a result of the Azerbaijani aggression. He promised to inform the  other MPs of the damage he witnessed in Armenia.

Jermuk Vice-Mayor Vardan Sargsyan presented the current situation and  highlighted the problems caused by the Azerbaijani aggression this  September. Although the situation is calm in the town now, there is a  constant threat, he said.