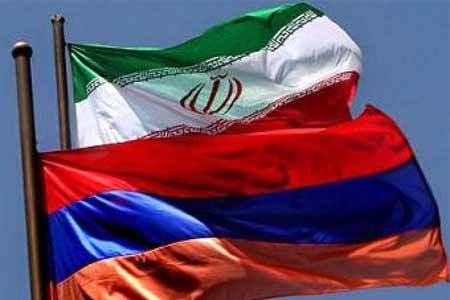 ArmInfo.The Council of the Armenian Community of Iran issued a statement regarding the riots that took place in the country

The document notes that the recent terrorist attacks and riots in  Iran, which led to the death and injury of a number of our  compatriots, as well as entailed a violation of public order and  security, are the cause of extreme sadness for the Armenian  community.

"Together with the followers of other religions and ethnic groups of  this holy land, we are on the side of the order and power of the  Islamic Republic of Iran and demand stable security of the country  and bringing to justice those responsible for crimes and violations  of public security.

According to the Western media reports, the death of Mahsa Amini on  September 16, 2022, resulted in a series of protests in Iran. The  Guidance Patrol, the religious morality police of Iran's government,  arrested Amini for not wearing the hijab in accordance with  government standards.

The protests began hours after Amini's death, starting at the  hospital in Tehran where she was treated and quickly spreading to  other parts of the country, first to Amini's hometown of Saqqez and  other cities in the Kurdistan Province. In response to these  demonstrations, beginning around 19 September the Iranian government  implemented regional shutdowns of Internet access.  In response to  the protests, people held demonstrations in support of the government  across several cities in Iran, in an attempt to counter the protests.

As of October 12, at least 200 protesters have been killed in the  protests. There are also dead among the representatives of law  enforcement officers. These are the deadliest protests since 2019.  The Iranian authorities accused the US-British tandem of trying to  undermine Iran from within with the support of Israel.