"The Print": West`s decision to sacrifice Armenia to Azerbaijani  aggression is phenomenally stupid for at least two reasons 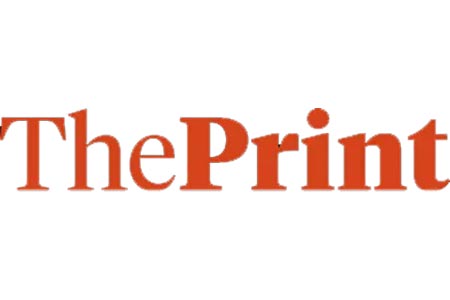 ArmInfo.Azerbaijan's war against Armenia matters as much as Russia- Ukraine. India must stand with Yerevan. The Indian The Print published an article with this  very title.

At the same time, the author of the article notes that historical  prejudices made the world ignore Azerbaijan's war in Armenia.

"Were you ever taken in by the Western preachers of peace who  hectored India for refusing to reprimand Russia after its invasion of  Ukraine?  If so, you ought to familiarise yourself with the plight of  Armenia-an unlikely post-Soviet democracy in the South Caucasus whose  survival is being imperilled by the mercenarism of our Occidental  missionaries of international order. Their impulse to punish Russia  for waging war against Ukraine has prompted them to reward  Azerbaijan, a spectacularly corrupt hereditary dictatorship at war  with Armenia," writes the author of the article.  In this vein, he  touched upon the attempts of the West to diversify the energy market  and quoted the words of the President of the European Commission  Ursula von der Leyen, made in July this year at a meeting with  Azerbaijani President Ilham Aliyev in Baku:  "The European Union "is  turning to trustworthy energy suppliers.  Azerbaijan is one of them,"  Ursula von der Leyen, the president of the European Commission,  declared in July. Weeks after she flew home, Europe's newly  emboldened partner proceeded to slaughter more than 200 Armenians in  a fresh episode of a protracted pan-Turkic campaign to coerce Armenia  into complete submission. There was much noise in the West, but no  meaningful intervention was staged to aid Armenia, a state that-for  all its ills-ranks as less corrupt on Transparency International's  Corruption Perceptions Index than at least five EU states and eight  NATO members."

"Universal" principles are for the weak: Cold self-interest disguised  as altruism governs the West's own conduct on the international  stage.  Europe has decided, autonomously or under American pressure,  to emancipate itself from Russian sources of energy. And it has  chosen Azerbaijan as an alternative supplier. It does not matter that  Azerbaijan is also waging its own revanchist war against a sovereign  neighbour-or even that it is more despotic, illiberal, and repressive  than Russia. What matters is that Azerbaijan is not Russia. It does  not matter that Armenians have endured centuries of mass murder,  death marches, forced conversion, and deportation and displacement  from their natal lands by the Turks and the Azeris-the word genocide  was, in fact, invented by the Polish lawyer Raphael Lemkin in 1944 to  convey the scale of the concerted liquidation of 1.5 million  Armenians by Turkey between 1915 and 1921. What matters is that  Armenian lives do not much matter.

In other places, however, Armenians' ingenuity and adaptability bred  contempt for them. They were branded "eastern Jews" and treated with  suspicion and scorn. A minor unpleasant personal experience with an  individual in the 1920s drove George Orwell to generalise that he  "saw the force of the proverb 'Trust a snake before a Jew and a Jew  before a Greek, but don't trust an Armenian'." Memos by British  Foreign Office officials of the time such as D'Arcy Godolphin Osborne  hiss with a deep racist hatred of Armenians. Having incited the  Armenians to fight the Soviets with false assurances of support, the  British abruptly abandoned them. As early as 1920, Osborne's boss,  Lord Curzon, admitted privately that "we intend to do as little as we  can for Armenia".

This tradition of apathy, disdain, and betrayal helps clarify why  Ilham Aliyev, the President of Azerbaijan, felt sufficiently  confident last week to brag openly that he had "started the Second  Karabakh War." Aliyev was alluding to the 44-day war in 2020 over the  disputed territory of Nagorno-Karabakh. The region, inhabited by  Armenians for longer than a millennium and replete with their  monasteries, sought to join Soviet Armenia in the aftermath of the  Red Army's invasion. On 4 July 1921, the Caucasian Bureau of the  Communist Party of the Soviet Union voted to approve the merger. The  next day, however, disregarding demography and democracy, Joseph  Stalin gifted Nagorno-Karabakh to Azerbaijan.

Then, in 1988, nearly seven decades after Stalin's ukase, the local  Armenians held a referendum to secede from Azerbaijan. The vote went  largely unrecognised, and hundreds of Armenians were massacred in the  Azeri cities of Sumgait and Baku. And so, when the USSR finally  disintegrated, Karabakh found itself inside the Soviet-drawn  frontiers inherited by Azerbaijan. A vicious trench war erupted in  the mountainous terrain. Armenia, plunged into literal darkness by  acute power shortages, captured Nagorno-Karabakh and the adjoining  lands.  It was the first major Armenian victory on its own soil in a  thousand years.  An international forum called the OSCE Minsk Group  was convened in 1992 to enable the belligerents to negotiate a final  settlement.

Its progress was impaired by routine outbreaks of hostilities until  its was undone completely by Azerbaijan when it commenced a  full-blown war in September 2020.  Unlike Armenia in 1991, however,  Azerbaijan in 2020 did not fight solo:  Its troops were trained,  equipped, and superintended by Turkey-a member of NATO-which also  trafficked a thousand Syrian mujahideen on its payroll to serve as  cannon fodder. "One nation, two States" was their official motto. The  murderous pan-Turkism that animated the joint enterprise against  Armenia, the world's oldest Christian State, acquired an explicitly  religious gloss with the participation of fighters from Pakistan,  which does not recognise Armenia, in the cause of the ummah.  Their  deeds on and off the battlefield-torture, beheadings, mounting the  decapitated heads of Armenian civilians on the carcasses of pigs-  would make ISIS blush with pride. Aliyev opened a museum in Baku, the  Azeri capital, whose chief exhibits were the helmets of Armenian  soldiers slain in war.

None of the powers that dispense lofty sermons on peace today lifted  a finger at the time. To its abiding credit, India was one of the few  nations that offered Armenia tangible support in the form of arms in  its moment of need. Three separate sources confirmed to me that Delhi  had come close to airlifting a cache of sophisticated weapons, but  the war had plunged Armenia into such disarray that the  administration in Yerevan, operating without a command structure, was  unable to figure out how to receive the materiel.  By the first week  of November 2020, Azeri forces were punching into Shushi-the high  mountainous linchpin of Armenian defence. Fearing a total rout,  Yerevan effectively agreed to cede substantial tracts of territory as  part of a humiliating armistice mediated by Moscow.

Azerbaijan wants more than disputed land and access to roads  connecting it to the Azeri exclave of Nakhichevan. It wants to drive  a corridor through the heart of Armenia's southernmost province to  create an unimpeded link between Azerbaijan and Turkey. Being "a  defeated country", Aliyev told his troops earlier this month, Armenia  has no right to resist Azerbaijan's demands. What makes him so  certain? Well, as Aliyev helpfully explained, "The fact that  Azerbaijan is right is not questioned by major international actors."

Armenia is reacting to Baku's bellicosity in contradictory ways. On  the one hand, its government is preparing the population to accept  its capitulation to Azerbaijan's demands by arguing that doing so  will herald peace and prosperity. History cautions against this  course of action because concessions by Armenia, far from resulting  in the recession of Azeri-Turkish aggression, have tended always to  increase the appetites of its enemies. Nibbling away at Armenia's  periphery, Azerbaijan has already registered rhetorical claims to it  its territorial core.

At the same time, Armenia is increasingly turning to India for its  defence needs. Yerevan recently placed orders for an indigenously  developed missile system and artillery guns.  Ordinarily, India  should not interfere in the affairs of other nations or become a  party to distant conflicts. But non-interference by Delhi in this  particular clash is unlikely to persuade Armenia's adversaries to  keep out of India's affairs. It would behove us to remember that the  forces that seek Armenia's annihilation yearn also to reduce India.  To deny them total victory in Eurasia is to delay and foil their  designs in South Asia.  Only Armenians can ultimately save Armenia.  But it is in India's interests to do more than transfer weapons to  Yerevan. It should offer to train Armenia's armed forces.  Delhi  could also send a high-level delegation to Yerevan to demonstrate to  Ankara, Baku, and Islamabad that India is keenly interested in the  security of the region.

In conclusion, the author states: The West's decision to sacrifice  Armenia on the altar of Azeri aggression is, apart from everything  else, phenomenally stupid for two reasons: One, Azerbaijan does not  have the natural resources to meet even a small fraction of Europe's  requirement; two, a quarter of the gas fields that are supposed to  feed Azerbaijan's future supplies to Europe is, in fact, owned by  Russia.  "India's choice to stand with Armenia at least has the  virtue of being smart,"  summed up the author.