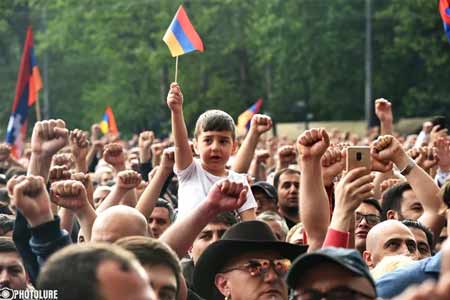 ArmInfo.The relatives of the Armenian servicemen in Azerbaijani captivity are demanding that their children be returned. They gathered in Yerevan's Republic  Square with posters calling on Russian President Vladimir Putin to  take active measures to ensure the handover of their children to  Armenia.

The participants marched to the Russian Embassy to present their  demands, but the police blocked their way.

One of the participants said that Azerbaijan has not honored its  commitments under Point 8 of the trilateral statement.

Azerbaijan's authorities have not so far provided accurate  information on the number of the Armenian servicemen in Azerbaijani  captivity.