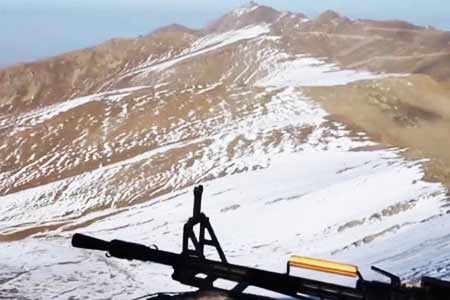 According to the press service of the NKR Ministry of Internal  Affairs, on November 22 at 14:30 the head of the Sarushen community  of the Askeran region addressed the police department of the ''  Karmir Shuka'' of the Martuni regional department with a message. In  particular, he informed that while carrying out agricultural work on  agricultural lands belonging to the Sarushen community, in the  Amarasa valley, located in the administrative territory of the  village of Machkalashen, indiscriminate shots were fired from various  types of small arms from the combat positions of the Azerbaijani  army, as a result of which agricultural work was terminated. The  Martuni district police department collected and handed over the  facts about the incident to the command of the Russian peacekeeping  contingent.

We add that this is the second incident in the last two days in the  same direction. On November 21, at about 11:00, the enemy again fired  at civilians doing agricultural work in the Martuni region.