Iranian Ambassador: No state should have any aspirations towards  Syunik 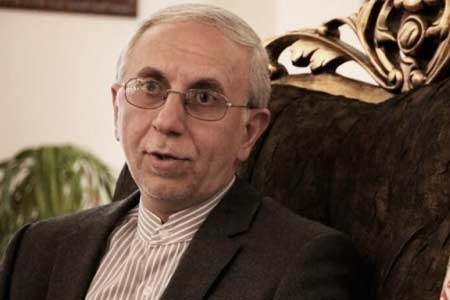 ArmInfo. RA Prosecutor General Anna Vardapetyan, at a meeting with a delegation led by Ambassador of Iran Abbas Badakhshan Zohouri, highly appreciated the  existing cooperation between the law enforcement agencies of the two  countries, based on the rich experience of diplomatic relations.

According to the press service of the RA Prosecutor General's Office,  she assured that based on the effective work of the parties, this  cooperation will expand and acquire a new quality.

In turn, the Ambassador emphasized that the strong 3,000-year-old  historical and cultural ties between Iran and Armenia are a good  basis for the development of relations in all directions, which has  been especially evident in the past two years. In this context,  Zohouri stressed that relations with neighboring Armenia are a  priority for Iran, the reciprocity of which is confirmed by the  leadership of the two countries.

In response to the Prosecutor General's high appraisal of the opening  of the Iranian Consulate General in Syunik, Zohouri reaffirmed the  importance for Iran of the Syunik region of Armenia and stressed that  no state should have any aspirations towards the region.

During the meeting, the interlocutors discussed a number of issues of  mutual interest, which mainly concerned the extradition of convicts  and legal assistance in criminal cases, effective and efficient  cooperation in the fight against drug trafficking.