Oppositionist: Without additional security measures in Artsakh, it  will be difficult to curb Azerbaijani arrogance and aggression 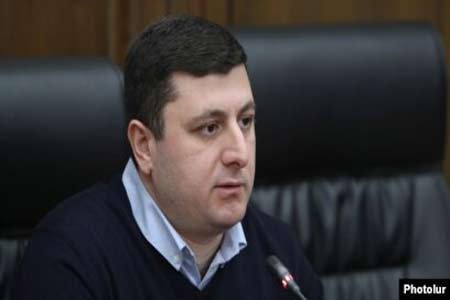 ArmInfo. Recently, the Azerbaijani side has resorted to various types of provocations in the direction of a number of settlements of Askeran region, which are  also accompanied by threats. Tigran Abrahamyan, MP of the "I have the  honor" opposition faction of the National Assembly of the Republic of  Armenia, wrote about this on his Facebook page.

He also reminded that 2 incidents were registered in the same  direction and in the same area within 1 week in the Askeran region of  the Artsakh Republic. He added that in both cases, fire was directed  at agricultural machinery and damage was caused. In one of the cases,  a civilian was also injured.  "These provocations are clearly  systematic, at least the analysis of these 2 incidents and other  recorded incidents shows that they were not purely disciplinary or  spontaneous actions.

A clear underline is obvious, there is planning, and the Azerbaijanis  are acting in this vein. Of course, Russian peacekeepers intervened  in all incidents, the situation has stabilized, but the behavior of  the Azerbaijanis shows that the decrease in their activity is very  conditional," the MP said.

According to him, on the one hand, it should be understood that the  agreements and the military-political complex of the post-war period  led to the fact that such incidents will be constantly repeated, and  the people of Artsakh will have to constantly live and work in this  mode.

On the other hand, he continued, it is easy for the outsider to  constantly remind those living in such a situation that the situation  is such that they need to endure and adapt.  "In any case, additional  security measures are needed in a number of areas, without which it  will be difficult to curb Azerbaijani arrogance and aggression," he  concluded.  It should be noted that on November 12, in the afternoon,  near the village of Khramort in the Askeran region of  Nagorno-Karabakh, Azerbaijanis shot at a tractor doing agricultural  work. As a result of these hostile actions, the tractor driver was  injured, the equipment was damaged.