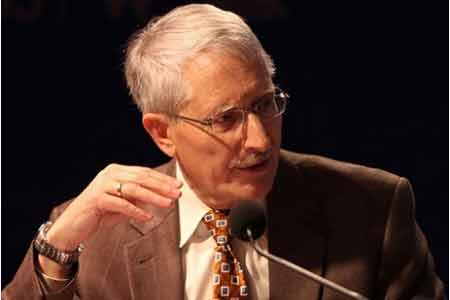 ArmInfo.he upcoming meeting in Washington is "a message to Putin that the US is still  involved in the affairs of the South Caucasus." Richard Kauzlarich,  former US ambassador to Azerbaijan (1994-1997), expert on the South  Caucasus, stated this, referring to the upcoming meeting of  Azerbaijani and Armenian Foreign Ministers Jeyhun Bayramov and Ararat  Mirzoyan with Secretary of State Antony Blinken.

In his opinion, Washington wants to stop the "carousel" of endless  forums in which Azerbaijan and Armenia are involved, to give them the  opportunity to talk directly to each other.

"I'm not sure what the US's goals are, other than to send a message   to Moscow and push the parties to get out of this carousel and resume  direct negotiations leading to a peace agreement," he told Turan, in  response to a question: what does the USA want to achieve by inviting  the ministers to Washington?

In his opinion, the invitation of the foreign ministers, and not the  presidents, indicates that Washington wants to evaluate the results  of the meeting in Sochi.