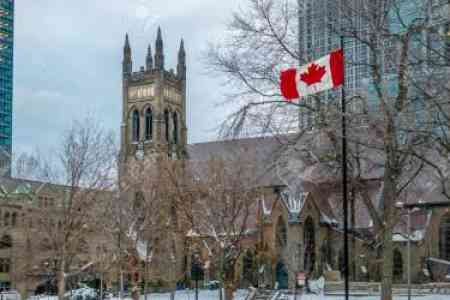 ArmInfo. Well-known representatives of the Canadian Armenian community, members of the Zoryan Institute sent an open letter to Prime Minister Justin Trudeau with a request to meet and discuss the action plan of the Canadian government against the  aggressive actions of Azerbaijan that threaten the sovereignty,  territorial integrity and democracy of the Republic of Armenia.

The letter states that the aggressive statements and actions of  Azerbaijan, as well as the repeated claims of high-ranking officials  of Azerbaijan against Armenia and its sovereign territory, require a  strong, clear and unambiguous message from the international  community. A message emphasizing that any further armed aggression or  other similar actions on from Azerbaijan could further aggravate the  already fragile situation in the region. If these actions continue,  the Republic of Azerbaijan must face the consequences due to the use  of force and violation of the UN Charter on Human Rights. This is an  encroachment not only on the sovereignty of the Republic of Armenia,  but also on its democracy, as well as on the international legal  order in a deeper sense.

The authors of the letter called on the Government of Canada to take  the following actions:

1. Demand the withdrawal of the Azerbaijani armed forces from the  sovereign territory of the Republic of Armenia in accordance with the  norms and principles of international law; 2. Start an international   observer mission in the areas of the Armenian-Azerbaijani border to  ensure regional stability;

3. Support the organization of safe and unimpeded entry of UN  humanitarian agencies into Nagorno- Karabakh in order to assess the  humanitarian and human rights situation and ensure the protection of  cultural heritage in place;

4. Help to ensure access of the Office of the United Nations High  Commissioner for Refugees and the independent UNESCO fact-finding  mission to the Nagorno-Karabakh conflict zone;

5. Contribute to ensuring and guaranting the rights and security of  Armenians living in Nagorno Karabakh.

Addressing the Prime Minister of Canada, the authors of the letter  noted that the country enjoys and is proud of its long-standing  reputation as a defender of universal human rights and international  peace. It is quite natural that Canadian values influence these  important issues.