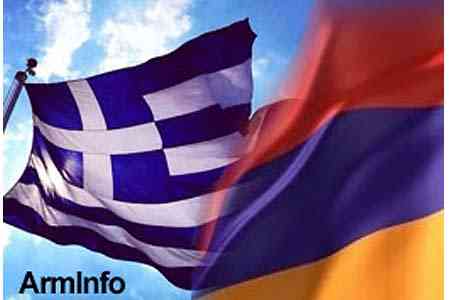 At the same time, the Association welcomes the condemning statements  of the Ministries of Foreign Affairs of Greece and Cyprus and calls  on the international community to condemn the war crimes committed by  Azerbaijan with the support of Ankara, as evidenced by the statements  of high-ranking Turkish officials.  "The recent military operations  of Baku against the Republic of Armenia are aimed at intimidating the  Armenian people and possibly paving the way for a general attack on  Armenia. Greece and the international community have an obligation to  put an end to such aspirations by preventing the Azerbaijanis and  their Turkish allies from completing the Armenian Genocide, which  began in 1895-1896 by Sultan Abdul-Hamid, continued by the Young  Turks in 1909 and 1915-1916, and by Mustafa Kemal in 1922- 1923," the  Association said in a statement.  It should be noted that on October  2, a video was circulated in Telegram channels in which Azerbaijani  servicemen shoot unarmed Armenian soldiers. The incident, as human  rights activists have already found out, took place in the direction  of positions near Ishkhanasar, during a large-scale military  aggression of the Azerbaijani Armed Forces, unleashed on the night of  September 13. Let us add that this is not the first such case when  the enemy forces torture and subject Armenian prisoners of war and  civilians to inhumane treatment.