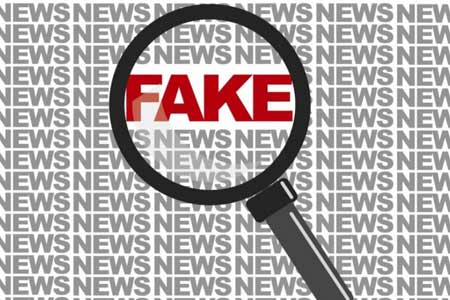 ArmInfo. EU Special Representative for the South Caucasus and the Crisis in Georgia,  Toivo Klaara, has not yet  provided Armenian Human Rights Defender  Kristina Grigoryan with video footage of alleged violence against  Azerbaijanis by Armenian servicemen. Grigoryan herself announced this  on October 7 during a press conference.

According to the Armenian HRD, she asked the EU Special  Representative to provide video materials, which he wrote about on  his Twitter microblog and which, as stated, may indicate torture of  Azerbaijani prisoners or mockery of bodies. However, she continued,  despite the promise, Klaar still hasn't sent the footage.

In this regard, Grigoryan mentioned that during the aggression,  Azerbaijan constantly disseminates information about some evidence of  the crimes committed by the Armenian side.

"Comments by Azerbaijanis on social networks about the need to reward  the servicemen who shot unarmed Armenian prisoners of war  strengthened the understanding among European officials that we are  talking about glorifying war crimes. Azerbaijan has not yet given an  explanation to the UN about its policy of hatred of Armenians in  educational institutions.

Moreover, in Azerbaijan, persons accused of a war crime receive, at  best, two months' house arrest.  Azerbaijan encourages such crimes,  which explains the filming of war crimes committed by Azerbaijani  special forces. This is also evidenced by the fact that a person  arrested earlier for war crimes received an award and climbed the  career ladder," the Defender emphasized.

It should be noted that on October 2, a video was circulated in  Telegram channels in which Azerbaijani servicemen shoot unarmed  Armenian soldiers. The incident, as human rights activists have  already found out, took place in the direction of positions near  Ishkhanasar, during a large-scale military aggression of the  Azerbaijani Armed Forces, unleashed on the night of September 13.

EU Special Representative for the South Caucasus and the Crisis in  Georgia Toivo Klaar, commenting on this video, in particular wrote: "  If the video is proven to be authentic, then this is a war crime that  must be investigated and those responsible punished."

And the very next day, Toivo Klaar said that several videos had been  sent to him, which, as he said, apparently showed war crimes against  Azerbaijanis. "They must be investigated and the real perpetrators  brought to justice. The conflict left deep wounds on both sides, and  healing requires accountability," Klaar wrote at the time.

It is noteworthy that if the footage of the execution of the Armenian  military has spread all over the world, then there is still no video  in which allegedly Armenians torture Azerbaijani servicemen.