RA Human Rights Defender: We must make efforts to ensure peace, which  should ensure security 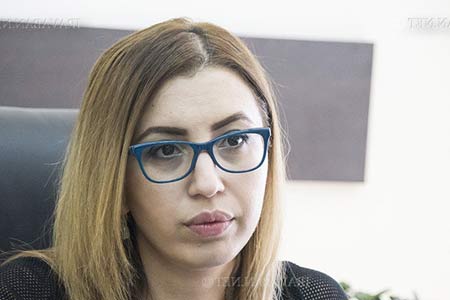 ArmInfo. Representatives of the Human Rights Defender's Office visited the Armenian servicemen who returned on October 4 from Azerbaijani captivity. Armenian Human  Rights Defender Kristine Grigoryan announced this on October 7 at a  press conference.

She noted that on the eve of the meeting, conversations were held  with 16 servicemen, a meeting with another soldier who is in a  military hospital will take place today. On this fact, as Grigoryan  stressed, a separate report will be prepared, which will record all  the consequences of the aggression committed by the armed forces of  Azerbaijan on September 13. "All the facts presented will be  analyzed, which, in the light of international obligations, will be  presented to the public," the Defender said, adding that all data is  now being summarized.

Grigoryan noted that the handwriting of Azerbaijanis after the 44-day  war in Artsakh in 2020 has not changed. She noted that all talk about  Azerbaijani barbarism should be the subject of discussion in the  process of developing a peace treaty. <As the Human Rights Defender,  speaking of human rights violations by Azerbaijan, I am in favor of a  peace treaty. During meetings with residents affected by Azerbaijani  aggression, the need for a peace treaty was constantly pointed out,  which should guarantee their safety," Grigoryan stressed, urging  people not to speculate about the importance of armament and war.  <This is the most catastrophic thought. We must make every effort to  ensure peace, which, in turn, must ensure security>, the Human Rights  Defender of Armenia concluded.