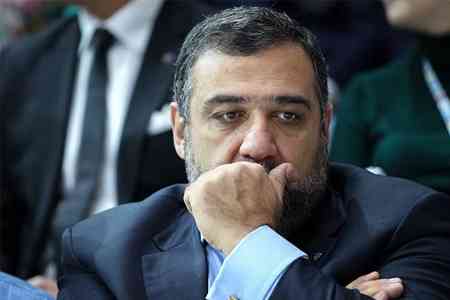 "I would like to inform you about my decision, which is of great  importance. I have offered a philanthropist, a public figure with  great experience and knowledge, Ruben Vardanyan, to take the post of  State Minister of the Republic of Artsakh, and I am ready to give him  broad powers to make decisions and implement them.

I'm waiting for his decision on my proposal. I hope our cooperation  will begin in the coming weeks, details will be announced a little  later.

Of course, this does not mean that I consider the work of the current  State Minister Artak Beglaryan to be ineffective, but given the  current challenges, I believe that it is necessary to consolidate  national efforts," President of the Republic of Artsakh Arayik  Harutyunyan said in a statement in this regard.

On September 1, businessman Ruben Vardanyan announced his decision to  renounce Russian citizenship and move to Artsakh for permanent  residence. Forbes magazine estimated the businessman's fortune at $1  billion in 2021.

At the same time, ArmInfo, with reference to its sources, reported  that Vardanyan received an offer to start his activities in Artsakh  already a few months ago and was considering it. Now he has accepted  this proposal and apparently at first he will receive the post of  State Minister of the Republic of Artsakh. Next year, Vardanyan will  be able to apply for the post of president of the unrecognized  republic. The future career of politician Ruben Vardanyan will depend  on many circumstances.