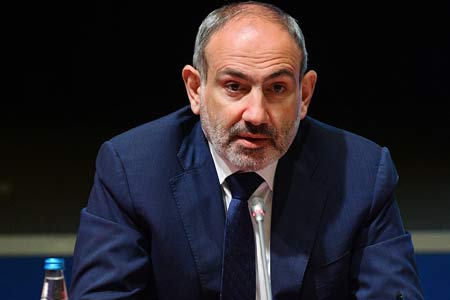 ArmInfo. This is already the second time when Azerbaijan

It should be noted that a video is being spread on Telegram channels,  where Azerbaijani servicemen are shooting at unarmed Armenian  soldiers.  Regarding the video, the Ministry of Defense of the  Republic of Armenia stated that at the moment they cannot provide  specific information about the place and time of the incident, the  relevant bodies are currently studying the video, but there is no  doubt about the authenticity of the video, and this is a handwriting  characteristic of the Azerbaijani armed forces.

The Office of the RA Human Rights Defender noted, in part: "At the  moment, we have identified the authenticity of the video: it is new,  the incident occurred during a large-scale attack by the Azerbaijani  armed forces on the sovereign territory of the Republic of Armenia on  September 13 of this year.  This fact is confirmed by a combination  of examining the terrain, similar video materials in our and other  databases, as well as by a complex combination of weather conditions,  uniforms of military personnel, the conversation of Azerbaijani  servicemen, and other parameters.  This is yet another war crime  committed by the Azerbaijani armed forces, the source of which is a  consistent policy of Armenophobia by Azerbaijan, manifesting itself  starting from the educational content in all spheres of public life  and in the statements of the President of this country himself.  By  the way, this is also recorded in the recent report of the UN  Committee on the Elimination of Racial Discrimination concerning  Azerbaijan.  This video, among others, will be included in the Ad Hoc  Report of the Human rights defender and sent to international  organizations and actors," the Armenian HRD's Office said in a  statement.