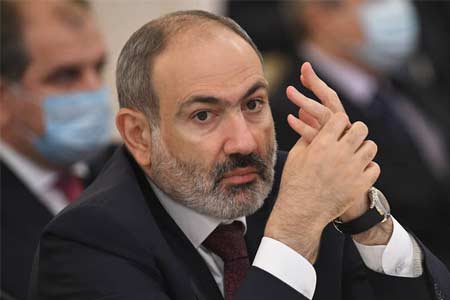 ArmInfo. The peace treaty between Armenia and Azerbaijan may not include the issue of Artsakh. Armenian Prime Minister Nikol Pashinyan stated this in an interview  on September 30.

<We expect that the issue of Nagorno-Karabakh may  not be included in the peace treaty between Armenia and Azerbaijan.  In Paris, during my speech, I noted that Armenia and Azerbaijan  should mutually recognize each other's territorial integrity, and the  main beneficiary in the negotiation process on Nagorno- Karabakh  should be representatives elected by the people of Artsakh>,  Pashinyan said.

At the same time, he stressed that he is in constant contact with  Artsakh President Arayik Harutyunyan, with whom, as a result of  lengthy discussions, they came to the conclusion that such an outcome  would be objectively correct.

The prime minister also indicated that from time to time Azerbaijan  also refuses to discuss the issue of Nagorno-Karabakh with Armenia.  In this regard, he noted that this is not the new position of the  Azerbaijani side at all.