I was always ready to share the details of the Nagorno Karabakh  negotiation process with opposition, they were the ones who  refused to receive it: Premier 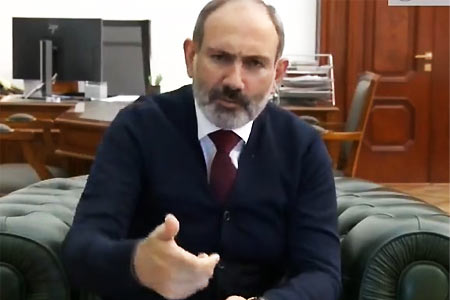 ArmInfo.RA Prime Minister Nikol Pashinyan claims that he was always ready to share the details of the negotiation process on Nagorno-Karabakh with political  opponents.  He stated this on September 30 in an interview with the  Public TV Company, answering a question about his readiness to  cooperate with the former leadership of Armenia in order to find ways  out of the current situation.

Pashinyan denied rumors that only the "chosen ones" have information  about the details of the negotiation process. In the meantime, as the  prime minister noted, not only the members of the Security Council of  Armenia are aware of this, but also the president of Artsakh, who,  according to Pashinyan, shares information both with members of the  Artsakh Security Council and with former presidents.

"I have always expressed my readiness to share all the information  with the parliamentary opposition, with their leaders in the person  of Robert Kocharyan (the RA 2nd President - ed. note) and Serzh  Sargsyan (the RA 3rd President ed. note). They were the ones who  refused to receive this information", the prime minister said.  He  assured that he never avoided responsibility. At the same time, as  Pashinyan emphasized, if there are political forces that are ready to  contribute to the establishment of a lasting peace around Armenia,  they have the opportunity to do so.