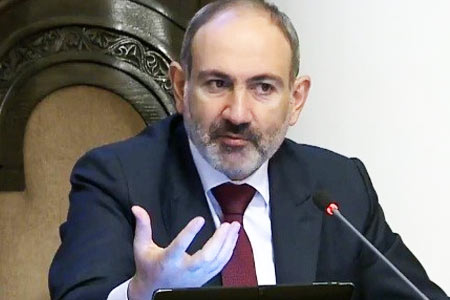 ArmInfo. Despite the fact that the lists of those killed as a result of the Azerbaijani aggression against sovereign Armenia since September 13 have not been published  today, this does not mean that they are kept secret. The families of  the identified victims have been informed about this. RA Prime  Minister Nikol Pashinyan stated this on September 30 in an interview  with the Public TV Company.

According to the prime minister, based on the experience of the  44-day war, the Armenian authorities came to the conclusion that an  institutional approach should be taken to the publication of the  names of those killed as a result of the Azerbaijani aggression.

As the prime minister pointed out, the list of those killed as a  result of the Azerbaijani aggression, will be published by the  Insurance Foundation for Servicemen. <Some of the remains have yet to  be identified>, he noted On September 13, at 00:05 am, units of the  Azerbaijani Armed Forces began intensive shelling of Armenian  positions from artillery and large-caliber guns in the direction of  Sotk, Vardenis, Goris, Kapan, Artanish, Ishkhanasar using UAVs.  Attacks were also made on civilian infrastructure facilities. On the  evening of September 14, it was announced that an agreement had been  reached on a ceasefire.  According to the Investigative Committee of  Armenia, as a result of the Azerbaijani aggression on September  13-14, 201 people were killed, including 197 military and four  civilians.