As of today, Russia will not engage in conflict in defense of other  states, if there is no direct threat to its own security - Expert 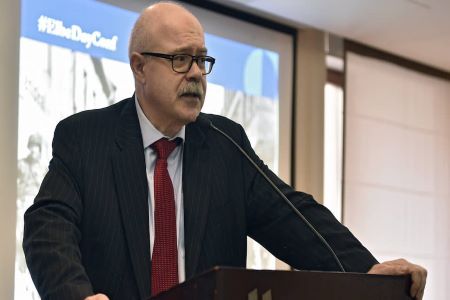 ArmInfo.Entering a war on the side of one state is never an automatic act. Even the NATO treaty, its 5th article, presupposes consultations and readiness to apply all  possible measures.  The same may be less legal in this case, but  Russia will never enter a war solely on the basis of a shared promise  to help a foreign nation. It will consider the situation, make  political efforts, Dmitry Trenin, a political scientist and director  of the Carnegie Moscow Center, said in an interview with Civilnet.

According to the expert, Moscow today is highly focused on Ukraine  and its relations with the West, and  it cannot and will not be  distracted by other situations outside of this major existential  conflict with the West.  Therefore, ittakes diplomatic steps, meets  with the leaders of Armenia and Azerbaijan, fulfills the mission of a  peacemaker, and establishes rather paid contacts with Erdogan on this  issue.

<When I said that Moscow will not be distracted by other regions, I  meant the use of military force. But this does not mean that Russia  will be removed diplomatically and politically from other regions  where it is under pressure today. Russia carefully follows political  developments, although it may not be very well aware of the deep  roots of what is happening, for example, the features of the internal  political struggle in Armenia are not well understood in Russia. But  at the same time, Russia looks rather jealously at the attempts of  third countries to also participate in peacekeeping between Armenia  and Azerbaijan>, Trenin believes.

According to him, such a negative impression was made in Russia by  the visit of Speaker of the House of Representatives Nancy Pelosi to  Armenia. < It is clear that she is doing this for domestic political  purposes.  - there will be elections soon, the Armenian voter makes  up a certain percentage of her electorate in California. But the  attempts of some European leaders to become more active in  peacekeeping are viewed with suspicion and jealousy,> he stressed.

But in general, according to the political scientist, the questions  are not so much addressed to Azerbaijan, which is seen as an ally of  Turkey, with which there are very difficult relations, a whole  complex - from cooperation to rivalry. Relations with Armenia today  are also complicated, but in a different way, because part of the  Armenian society is committed to allied relations with Russia, the  other part is skeptical about Russia, maybe even hostile, which  raises some questions. "It seems to me that it is more difficult for  Russia to decide on Armenia to a greater extent than on Azerbaijan,  which is more or less clear as an ally of Turkey, as a country with  which relations are built exclusively on a pragmatic basis, and  Russia does not pretend to more. Armenia is a member of the CSTO, a  member of the EAEU, and at the same time, Armenia has different  positions, different points of view regarding Russia, and this raises  questions, since everything is much more dynamic here, because  tomorrow the street can elect a different leader>, the expert states.

Meanwhile, according to Trenin, the main partner in the region with  which Russia can settle something is rather Turkey. < In this case,  Presidents Putin and Erdogan can agree on something. But to count on  the fact that Baku and Yerevan can come to a certain agreement on  their own, there is little hope today >, - the expert believes,  emphasizing that if today it is difficult to solve the problem of the  Armenian-Azerbaijani confrontation, then at least it is possible to  do so in order to avoid high level of exacerbation. Anyway, as of  today, Russia will not engage in conflict in defense of other states,  if there is no direct threat to its own security ," the expert  concluded.