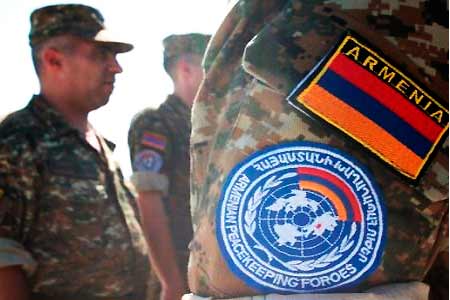 ArmInfo.The Ministry of Defense of Armenia released the names of the servicemen were killed defending their homeland on September 28.

On September 28, Lt. Colonel Nahapet Margaryan, Sergeant Hovhannes  Sukiasyan and Private Edward Hovhannisyan fell protecting their  homeland from an Azerbaijani provocation. The Ministry of Defense of  Armenia shares the heavy grief of the loss and expresses its support  to the family members, relatives and brother-soldiers of the fallen  servicemen>, the message says.

It should be reminded that earlier the RA Ministry of Defense spread  a message, according to which on September 28, at 6:00pm, units of  the Azerbaijani Armed Forces, using mortars and large-caliber small  arms, opened fire on positions on the eastern direction of the  Armenian-Azerbaijani border. The situation stabilized at 22:00, but  as a result of the provocation, three Armenian servicemen were  killed.