Pashinyan: The salaries of police officers and rescue workers should  be increased significantly 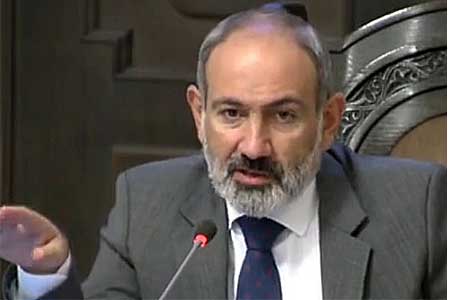 ArmInfo.The salaries of police officers and rescue workers should be increased significantly. Armenian Prime Minister Nikol Pashinyan stated this on September 29  at a government meeting.

The Prime Minister recalled that Armenia is on the way to establish a  Ministry of Internal Affairs, which, in addition to the police  itself, will include members of the rescue service. The process,  according to Pashinyan, should be accompanied by a significant  increase in wages. <Of course, now salaries in the patrol police are  much higher. Our understanding is that the salaries of police  officers and rescuers should be increased many times over,  significantly, tangibly. But in parallel, it will be necessary to  check their professional qualities>, Pashinyan said.

According to the prime minister, in this matter it will be possible  to use the experience gained during the certification of teachers, on  the basis of which their salaries are increased.  It should be  recalled that by a government decision of March 2021, the salary of  newly hired junior inspectors of a patrol platoon with work  experience or military service of up to 5 years was increased from  190,000 drams to 320,000 drams. The monthly salary of a patrol  officer with the rank of police lieutenant with 2-5 years of military  service was set at about 402,181 drams instead of the previous  198,565 drams.