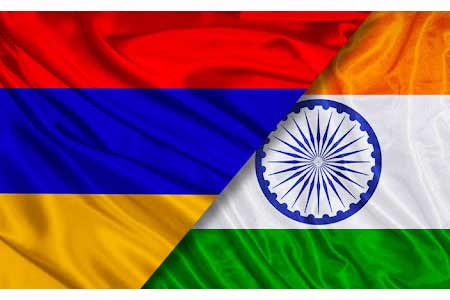 ArmInfo. India has signed a significant export order for missiles, rockets and ammunition to Armenia, The Economic Times reports.

According to the source, the government to government route was used  to sign a number of contracts for the supply of arms and ammunition  to Armenia earlier this month.

While the value of the contracts has not been revealed, it is  estimated that weapons worth over Rs 2,000 crore (about $244 million)  will be supplied to the country over the coming months.

The Economic Times quotes its sources as saying that the order  includes the first-ever export of the indigenous Pinaka multi-barrel  rocket launchers that are already in service with the Indian Army.  The potent weapon has been designed by the Defense Research and  Development Organization (DRDO) and is manufactured by private sector  companies in India. The Army has recently placed orders for six  additional Pinaka regiments and is testing extended range rockets as  well.

India will also supply anti-tank rockets as well as a range of  ammunition to Armenia under the bundled deal.

The Armenian side is yet to confirm the news.