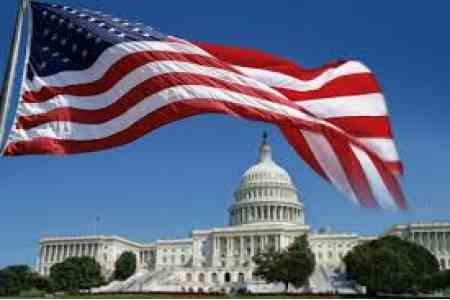 “For far too long, Azerbaijan has committed atrocities against Armenian servicemembers and civilians with impunity. From the horrific mutilation of servicemembers’ bodies, to beheadings, to the deliberate targeting of medical facilities and religious sites, Azerbaijan has repeatedly shown utter disdain for basic human dignity and international law,” Rep. Speier said. “We must hold Aliyev’s government accountable for its grave violations of the Geneva Conventions and atrocities committed by his troops against Armenian servicemembers and civilians.”

“For the past two years, Azerbaijan President Aliyev has perpetrated a devastating war against the people of Armenia and Artsakh. And as we saw earlier this month, he has only become more emboldened to expand his attacks over time, because the world has chosen to meet his brutality with little more than the language of false equivalence. There is only one perpetrator in this conflict – Azerbaijan – and the United States must hold them accountable,” Rep. Schiff said. “We must unequivocally condemn Azerbaijan’s assaults against Armenia and Artsakh, explore sanctions, and use our influence to call for an immediate investigation into Aliyev’s war crimes and his country’s many violations of international law.”

“It’s past time for the international community to come together and hold Azerbaijan accountable for its attacks on sovereign Armenian territory and despicable human rights violations. I absolutely condemn these violations and will continue to work with my colleagues in Congress to hold Aliyev responsible for his military’s inhumane and criminal treatment of Armenian servicemembers and civilians,” Rep. Pallone said. “Now is the time to stand up to this ruthless dictator to ensure peace in the region and uphold international law.”

“For years, the Aliyev regime has flouted international law with impunity. They’ve attacked civilians, violated Armenia’s sovereignty, illegally detained and abused prisoners of war, used banned weapons, and destroyed religious and cultural sites,” Rep. Eshoo said. “To uphold our commitment to human rights and international law, this Resolution strongly condemns these atrocities and urges the Administration to take action to hold Azerbaijan accountable by imposing targeted sanctions on Azeri officials and calling for international investigations into their alleged war crimes.”

On September 13, 2022, Azerbaijan launched an unprecedented invasion of sovereign Armenian territory, resulting in the deaths of over 200 Armenians. During the conflict, Azerbaijani troops committed egregious human rights offenses, including the mutilation and desecration of an Armenian female servicemember’s body and likely extrajudicial execution of an Armenian prisoner of war. Grave violations of the Geneva Conventions, including willful killing, are considered war crimes under United States law and international norms.

Azerbaijan’s renewed attacks on Armenia follow its unprovoked assault of the Nagorno Karabakh region in October 2020, which resulted in the deaths of thousands of Armenian servicemembers and soldiers and caused a humanitarian crisis by displacing more than 100,000 ethnic Armenians. Azerbaijan deliberately targeted religious sites and medical facilities, including  a maternity ward, and failed to investigate the extrajudicial executions and torture of Armenian civilians and servicemembers carried out by Azerbaijani troops. Meanwhile, Azerbaijan continues to illegally hold dozens of Armenians as detainees and prisoners of war in contravention of international law.

The resolution condemns the atrocities committed by Azerbaijan, including its violations of the Geneva Conventions, calls for the appropriate international tribunals to investigate any and all war crimes committed by Azerbaijan against the Armenian people, and encourages the Biden Administration to explore the applicability of sanctions on Azerbaijan in response to its gross violations of international law.

A copy of the resolution is attached below.