Russian Ambassador got acquainted with situation in Jermuk and Goris 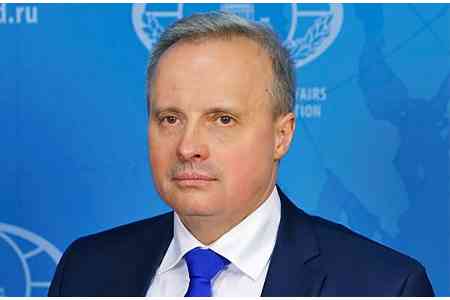 ArmInfo.On September 28, Russian Ambassador to Armenia Sergey Kopirkin and military and air attache at the embassy V. Kosov, together with  commander of the  Joint Group of Troops (Forces) of the Armed Forces of the Republic of  Armenia and the Armed Forces of the Russian Federation T. Parvanyan,  visited the cities of Jermuk and Goris. This is stated in the message  of the Russian Embassy.

The head of the diplomatic mission met with representatives of the  Armenian army command on the ground, got acquainted with the  situation on the Armenian-Azerbaijani border and the damage caused in  the border areas as a result of shelling on September 13-14 this  year.

As part of the trip, Sergey Kopyrkin also visited the location of a  separate battalion group of the 102nd Russian military base in Goris  and a separate aviation group of the Russian peacekeeping contingent  in Sisian.